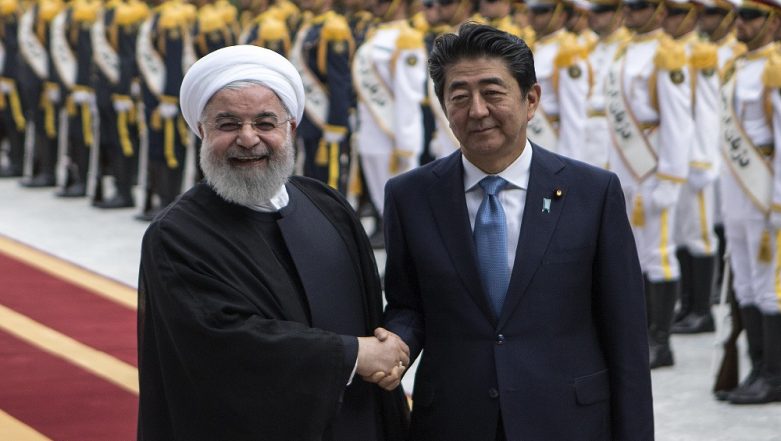 Tokyo, June 14: Japanese Prime Minister Shinzo Abe has asked Iranian leaders during his Tehran visit to release American captives detained by the country, at the request of US President Donald Trump, Kyodo News Agency quoted a Japanese government source as saying on Friday. At least four Americans, including a Navy veteran who has been sentenced to 10 years in prison, are being detained in the Iran.

Abe visited Iran as the first Japanese leader to do so in 41 years in hope of serving as a mediator between Tehran and Washington, with tensions having flared in recent weeks and concern growing about possible inadvertent military clashes in the region.

But Iran said on Thursday that it will not negotiate with the US, rejecting Abe's bid to broker dialogue between the two foes amid escalating tensions in the Middle East.

The Japanese Prime Minister admitted the road to easing tensions in the region amid the standoff between Iran and the US will be rough but Tokyo will continue to work toward achieving peace and stability.