Addressing the media after the incident, Odessa Police Chief Michael Gerke ruled out the possibility of there having been a second gunman, as authorities had initially warned, Efe news reported. Meanwhile, the police department in Midland announced on its website that the suspected shooter was shot and killed at the Cinergy community entertainment centre in the town of Odessa. 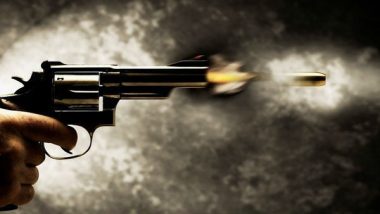 Houston, September 1: At least five people were killed and 21 others injured during a mass shooting in the US state of Texas, police said, adding the gunman has been shot dead by law enforcement authorities. The suspect described as a white male in his 30's on Saturday afternoon targeted shoppers and vehicles at shopping centres in western cities of Odessa and Midland. Texas Shooting: Police Report Active Shooter Situation at Walmart in El Paso.

Addressing the media after the incident, Odessa Police Chief Michael Gerke ruled out the possibility of there having been a second gunman, as authorities had initially warned, Efe news reported. Meanwhile, the police department in Midland announced on its website that the suspected shooter was shot and killed at the Cinergy community entertainment centre in the town of Odessa.

"It has been confirmed that the active shooter was shot and killed at the Cinergy in Odessa. There is no active shooter at this time. All agencies are investigating reports of possible suspects," said the police, who had previously talked about two suspected gunmen driving separate vehicles.

Gerke said that the suspect's motives remained unknown, although the incident began after two Texas Department of Public Safety officers pulled over his vehicle on a Midland highway. The suspect then opened fire on the officers and, after driving away, began shooting at other people in several locations. He later abandoned his vehicle and stole a US Postal Service van, the BBC reported.

Shooting at Movie Theater in Odessa:

Can you imagine watching a movie at the theater and then running for your life because someone came in and started shooting random people. Absolutely insane world we live in. #Odessa Texas #Activeshooter pic.twitter.com/AyuNrNsypb

Odessa's Medical Centre Hospital said a child under the age of two was among those being treated there, while seven other of its patients were in serious condition. El Paso Shooting: Around 19 Killed, Several Injured After Gunman Opens Fire at Texas Shopping Mall; Shooter Arrested.

Three police officers were also among the injured. Texas Attorney General Ken Paxton said in a statement that he was "horrified to see such a senseless act". In another statement, the state's Governor Greg Abbott said: "We will not allow the Lone Star State to be overrun by hatred and violence. We will unite, as Texans always do, to respond to this tragedy."

In a tweet, US President Donald Trump said he was being kept informed about the shootings in Texas. Vice President Mike Pence said he and the Trump administration "remain absolutely determined to work with leaders in both parties in Congress to take steps that we can address and confront this scourge of mass atrocity in our country".

Just four weeks ago, Texas witnessed one of the deadliest mass shootings in the country's history on August 3, when 22 people were murdered in El Paso town, near the Mexico border. Hours after that attack there was another shooting in Dayton, Ohio, in which nine people were killed, as well as the shooter.

(The above story first appeared on LatestLY on Sep 01, 2019 08:30 AM IST. For more news and updates on politics, world, sports, entertainment and lifestyle, log on to our website latestly.com).