Alan White Dies at 72, Drummer For John Lennon Passes Away After a 'Short Ilness'

Alan White, longtime drummer for the rock band Yes, has died. As per The Hollywood Reporter, Alan White passed away after a "short illness." He was 72. 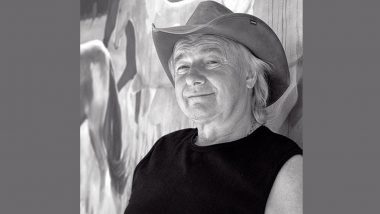 Alan White, longtime drummer for the rock band Yes, has died. As per The Hollywood Reporter, Alan White passed away after a "short illness." He was 72. The news of his demise was shared by the Yes band on their Instagram handle. "The news has shocked and stunned the entire YES family. Ray Liotta Dies at 67: Jeffrey Wright, Cary Elwes, Viola Davis and Other Celebs Mourn the Demise of the Hollywood Star.

Alan had been looking forward to the forthcoming UK Tour, to celebrating his 50th Anniversary with YES and their iconic Close to the Edge album, where Alan's journey with YES began in July 1972," the band wrote alongside a photo of their drummer of 50 years. Ray Liotta Dies at 67; Actor Was Best Known for His Roles in Field of Dreams and Goodfellas.

"He recently celebrated the 40th Anniversary of his marriage to his loving wife Gigi. Alan passed away, peacefully at home," the band added. Alan White joined Yes in the summer of 1972 after original drummer Bill Bruford left to join King Crimson. Before that, John Lennon, in 1969, invited him to join the late Beatle and Yoko Ono's Plastic Ono Band. White contributed to Lennon's Imagine album, including the iconic title track.