According to the statement, a credible input was received by Jammu and Kashmir police about suspicious movements in Gurdan Chawa village on Rajouri Gurdan road. 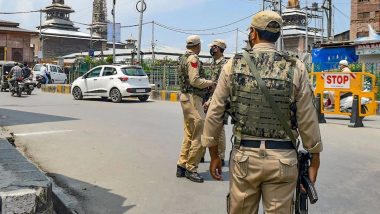 Rajouri, April 16: The Security forces in Rajouri foiled a terror plot by recovering an Improvised Explosive Devise (IED) on Rajouri Gurdan road, said an official statement by the Rajouri police. The recovered IED was later taken to a safer location and was destroyed.

During the operation, a suspicious object was found lying there alongside the road which turned out to be an IED during the examination. "The Bomb Squad of police later took the material in its possession for further destruction as per SOPs and through a controlled explosion which was then destroyed in a safer location," it read. Further investigation into the matter is underway.