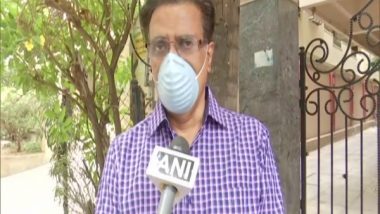 He further said that the decision would bring huge relief to farmers, especially in the Telugu speaking states of Andhra Pradesh and Telangana.

"The hike in MSP for paddy in the Kharif season 2021-22 from Rs 1,868 to Rs 1,940 per quintal would be a great relief for the farming community especially in the Telugu states," Subhash said.

This, he said is a realization of PM Modi's promise to increase the farmers' income and showed the commitment of the NDA government towards the welfare of the farmers.

He also lauded Union Agriculture Minister Narendra Singh Tomar for dispelling misconceptions over the MSP and giving assurance to the farmers that the MSP would continue and increase.

The decision on hiking MSP for paddy, pulses and oilseeds was taken by the Cabinet Committee on Economic Affairs (CCEA) headed by Prime Minister and promises to be a big boost for the farmers who were distressed with unseasonal rains and in the critical times of corona pandemic, the BJP leader added.

The announcement on MSP hike comes at a time when farm unions have been protesting for more than six months on Delhi's outskirts, demanding legislation to guarantee MSP for all farmers for all crops, and a repeal of three contentious farm reform laws.

Speaking about the Agriculture minister's readiness to resume talks with farmer unions over the three new farm laws, Subhash said unions were "adamant on their demands because of their political motives".

"It is unfortunate that farmer unions are not showing any logical objections on the three laws and it is unfair on their part," he said.

Further welcoming former Congress leader Jitin Prasada to the BJP, Subhash said that the Congress Party doesn't have leadership either at the Centre or at the State levels.

"The grand old party is facing debacles in several elections because there is no strong leader at the Centre who can create confidence in the party workers, leaders and as well as voters. That is why several leaders from Congress are joining into BJP lately." (ANI)