Naomi Osaka Knocked Out of French Open 2019, Katerina Siniakova Beats World No 1 in Third Round by 6-4, 6-2 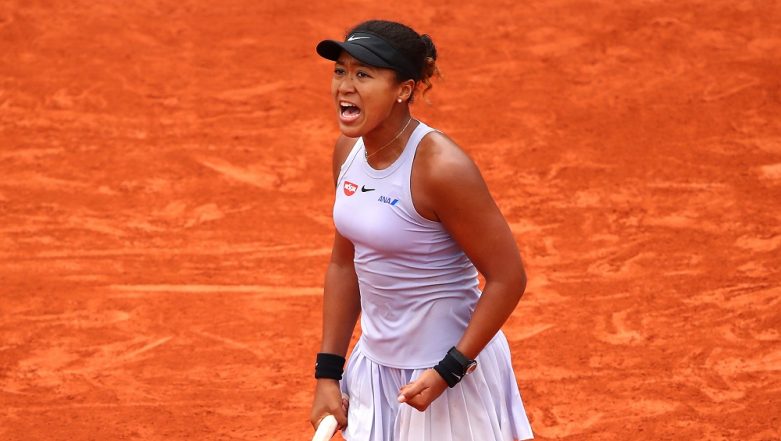 Naomi Osaka was knocked out of the French Open on Saturday as she was defeated by Katerina Siniakova 6-4, 6-2 in the third round. The doubles number one Siniakova had the better of singles number one Osaka throughout the match.

The US Open and Australian Open champion, Osaka, came out swinging in both the sets as she fired backhand winners to test Siniakova's serve. But the Czech Siniakova unleashed a forehand to save a break point in her first service game and then conjured up a drop shot and a service winner to save two more in the sixth game.

Osaka rued missed chances and Siniakova found her range and she was able to extend her rallies.The Czech was able to showcase drop shots, forehand serves and it all helped her to break Osaka's momentum throughout the match.Osaka's ratio of winners to unforced errors had been 14 to 16 in the first set.

But the start of the second set saw the balance tipping alarmingly towards Siniakova.Siniakova finally sealed the match and she will now face either No.14 seed Madison Keys or qualifier Anna Blinkova in the fourth round of the French Open.Osaka had to work hard in her second round match against Anna Karolina Schmiedlova as well. She recovered from losing the first set 0-6 to win the match 0-6, 7-6(4), 6-1.