Worldwide, there has been a more than 10-fold increase in the number of children and adolescents with obesity in the past four decades. 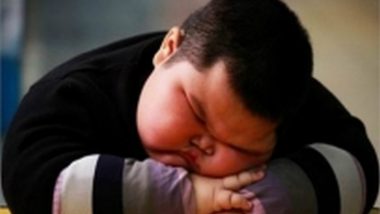 This is particularly important for the child themselves, the parents, and the health professionals who look after them. Our study also found a tendency for health professionals to underestimate weight which suggests that overweight children may not be offered the support they need to ensure good health. Worldwide, there has been a more than 10-fold increase in the number of children and adolescents with obesity in the past four decades. Child Obesity Facts: Obese Children are Likely to Die Early Than Healthy Peers.

In this study, researchers conducted a systematic review and meta-analysis of qualitative and quantitative studies that assessed caregivers, children, and healthcare professional's perceptions of children's weight and compared this with recognised medical standards for defining overweight. Results showed that over half (55%) of parents underestimated the degree of overweight in their children, whilst over a third (34%) of children and adolescents also underestimated their own weight status.

Healthcare professionals shared this misperception, but limited studies prevented quantification according to the study presented at the Meeting of European Congress on Obesity. Parents of younger children were less likely to perceive their child as overweight and were less accurate at judging the weight of boys than girls. Additionally, parents who were overweight themselves, and with less education, were also less likely to accurately assess their child's higher weight.

The authors note that ethnicity and cultural norms may also have an effect on parental misperception, as some cultures prefer a larger body type and may not identify their child as overweight. Interestingly, in qualitative studies, parents commonly described their children as "big boned," "thick," or "solid" rather than using the medical term obese, and expressed a strong desire to avoid labeling their child with medical terminology.

"Identifying weight problems in childhood and adolescence is a unique window of opportunity to have a lifetime impact on health. The results suggest that the underestimation of child overweight status is highly prevalent. Addressing the factors which lead to inaccuracy in assessing child weight will have a positive impact on communication between children, parents, and health professionals, and aid the mutual recognition of children's higher weight status," said Alshahrani.

The authors acknowledge that their findings show observational associations, so conclusions about cause and effect cannot be drawn. They point to several limitations, including the lack of statistical examination of healthcare professionals' perceptions due to the scarcity of relevant studies, and potential gender bias as majority of studies only examined mother-child body weight perceptions.