The RCPCH has now called for each national government to commit to a "child health in all policies" approach, which would mean that whenever legislation is passed, the impact on child health must be considered. 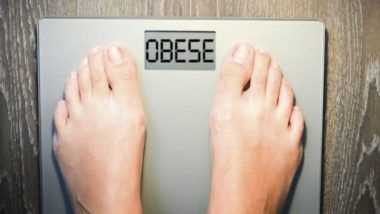 London, January 24: Turns out, four out of five obese school children are likely to be overweight for life, resulting in losing 10-20 years of their lives. According to a report by the Royal College of Paediatrics and Child Health (RCPCH), child health is suffering at the hands of disjointed approach. It also called to put an end on advertising of unhealthy foods on television.

As stated, one of the major concerns of RCPCH is about "deepening public health cuts which have worsened in the last year and are disproportionately affecting children's services". The report also pointed out that the public health spending in 2017/18 was five percent lower than what it was in 2013/14.

Professor Neena Modi, President of the RCPCH, commented, "The science exists for all to see; invest in the health of children and make a huge difference to their health in later life". She pointed out that better child health meant better 'economic productivity'. Commenting on the statistics, she added, "It is a very frightening statistic and something that Government must get to grips with. It's no wonder the NHS is burgeoning under the weight of ill health. This is time for a long vision for the sake of the nation's wellbeing and prosperity yet the focus remains short-term and ineffective".

The RCPCH Officer for Health Promotion, Professor Russell Viner, said, "Child health isn't being given the political attention it deserves, which is disappointing. While policies such as the soft drinks industry levy and new tobacco control plan are to be applauded, the approach is piecemeal". He further noted, "Getting it right in childhood means setting up future generation for a lifetime of better health. Investing in children is an investment in the entire population". The RCPCH has now called for each national government to commit to a "child health in all policies" approach, which would mean that whenever legislation is passed, the impact on child health must be considered.