COVID-19 vaccination is set to be compulsory for all the Premier League players and staff in the UK for the upcoming 2021-2022 season. 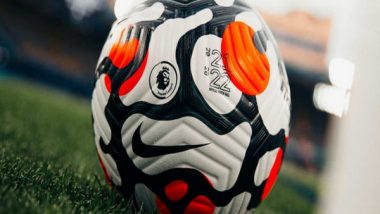 London [UK], July 22 (ANI): COVID-19 vaccination is set to be compulsory for all the Premier League players and staff in the UK for the upcoming 2021-2022 season as per a report in the Daily Mail.

Earlier this week it was reported that fans will require a 'COVID passport' in order to attend league games next season, in order to return to full crowds.

Now as per Daily Mail, players will have to have had both doses of their vaccination by October 1, giving those who are yet to have both another 10 weeks to do so. Currently, only two of the 20 Premier League clubs have succeeded in vaccinating all of their staff.

Earlier this month during the Euro 2020, UK's Prime Minister Boris Johnson informed that the fans can return to sporting events. Crowds have either been kept out entirely or allowed in severely restricted numbers since the pandemic took hold in the UK in March last year.

Boris Johnson, alongside chief medical officer Professor Chris Whitty and chief scientific adviser Sir Patrick Vallance then announced that social distancing will end while mandatory mask-wearing will also be scrapped -- although guidance suggested people might choose to do so in "enclosed and crowded places."

In June, the 2021/22 Premier League fixtures of all 380 matches were released by the league. Premier League champions Manchester City will get their 2021/22 title defence underway at Tottenham Hotspur when the new season kicks off on the weekend of August 14.