Get latest articles and stories on Sports at LatestLY. The Former India goalkeeper and two-time Olympian Dr AB Subbaiah emphasized on the importance of the Hockey India Coaches Education Pathway which will be a contributing factor in taking the Olympic success to the next level. 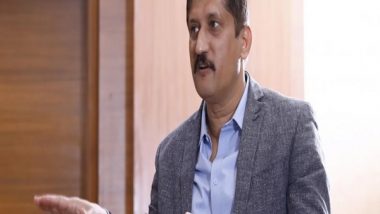 New Delhi [India], May 14 (ANI): The Former India goalkeeper and two-time Olympian Dr AB Subbaiah emphasized on the importance of the Hockey India Coaches Education Pathway which will be a contributing factor in taking the Olympic success to the next level.

Talking to Hockey Te Charcha, a podcast show launched by Hockey India in 2021, Subbaiah candidly spoke about developing a strong grassroot structure, by equipping the domestic-level coaches with the right knowledge and called the Coaches Education Pathway a 'game changer' for the sport.

"Soon after my generation of players called it quits, we should have taken to coaching particularly in the grassroots. But we did not back then, however, it is very encouraging to see many of the international players who have recently retired, coming into coaching at the domestic level and they are open to re-learning or updating themselves with latest coaching techniques in world hockey which the Hockey India Coaches Pathway offers," expressed Subbaiah, who has recently been appointed as the high-performance director of Khelo India Centre for Excellence in Bengaluru.

Subbaiah, who has dabbled in coaching in the past when he assisted legendary coach MK Kaushik, has gone back to the basics and has completed his Hockey India Level 1 and Level 2 coaching certification and has also completed the FIH Level 1 certification. Talking about the urge he felt in taking up the course, Subbaiah said, "This game has changed a lot over the past few decades. When we played, rolling substitution had just been introduced and we would at the most have three substitutions in the entire match. Now with four quarters, the game is very fast and I personally feel, if we want to give back something good to the sport then we need to be equipped with the right knowledge that is at par with global standards of coaching particularly at the grassroots level. I believe this will be a very important contributor if we want to see ourselves winning more Olympic medals and the World Cup in the coming years."

In the conversation which touched upon many aspects of hockey including his desire to return to his home town in Coorg to coach young players, Subbaiah also highlighted the role Public Sector Units has played in providing a secured financial status for the players who have done well in the domestic and international level. "For many decades, PSUs have played a vital role in offering players job security. This has encouraged so many players to take up the sport and now we are seeing companies like IOCL recruit young women players on the basis of their performance, earlier the women would mostly get jobs in Railways or SAI etc but now with petroleum companies offering jobs for women players, it will do a world of good to women's hockey," he opined.

Subbaiah further emphasized that exclusive National Championships for Departments and Academies will create a larger pool of players at the domestic level which will benefit the sport. He said, With Hockey India introducing exclusive National Championships for Departments and Academies, players need to opt to represent either their state, employer or their academy. By doing this, other players waiting on the fringes will get a chance to play and it will not only help increase the pool of players but it will also encourage academies and departments to develop strong teams."

He concluded by wishing the Indian Men's Team who are due to play Hero Men's Asia Cup as defending champions starting from May 23and Indian Women who will leave for the FIH Women's World Cup starting July 1 the very best. (ANI)