Get latest articles and stories on World at LatestLY. Gwadar_Pro, a China-Pakistan agricultural and industrial Twitter platform, has been promoting Beijing's narratives dedicated to CPEC and also making the relations between the two countries stronger. 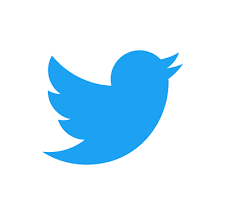 Islamabad, May 17: Gwadar_Pro, a China-Pakistan agricultural and industrial Twitter platform, has been promoting Beijing's narratives dedicated to CPEC and also making the relations between the two countries stronger. In a bid to promote Pakistan's name at the international level, the page majorly talks about and promotes tourism and agricultural growth of the country, and also follows fake handles which support and promote the ideology of the account.

However, reports by digital forensics and fact-checking centre confirm that many imposters in Pakistan use the digital platform to carry out Pro-China and Pro-Pakistan narratives through fake Twitter accounts. Digital Forensics, Research and Analytics Centre (D-FRAC), a non-partisan and independent media organization that focuses on fact-checking ,revealed that many Twitter IDs are solely dedicated to China-Pakistan Economic Corridor (CPEC) and many CPEC tweets are retweeted by other fake accounts. Pakistan: Shehbaz Sharif Govt to Abolish China-Pakistan Economic Corridor Authority, Says Report.

In an exclusive report, the centre has already covered some fake accounts operated from Pakistani like @Xinhua_88 and @ChinaPakWW. These accounts were then suspended by Twitter after the report. Many Twitter accounts of the supporters of @Gwadar_Pro are operated in the names of Chinese, Russian, Turkish, and American. But in reality, they are operated by Pakistani operators.

The similarity between all these accounts is the promoting of pro-Pakistan and China narratives and they are mostly paid accounts. This is all done to make a positive image of both the countries and their relationship on an international level. Apart from it, these accounts are in the support of the former Pakistan Prime Minister Imran Khan. The pattern of liking and retweeting in all these accounts are also very much similar, with all retweeting and liking the same tweets of Gwadar_Pro in a similar fashion. China-Pakistan Economic Corridor: 'Pakistan Committed to Fast-Tracking Key CPEC Projects', Says Foreign Minister Bilawal Bhutto.

According to the D-FRAC, this is all done to make a positive image of both the countries and their relationship on an international level. The hashtags that were used by this account include #Pakistan, #PakvAus, #Cpec, #Gwadar, and #Islamabad among others. Tweets by another ID @RachaelMoris include words such as "Pakistan", "beautiful", "heaven", and "war". Rachael Moris used some hashtags such as, "#RussiaUkraineConflict", "#PakvAus", "#Ukraine", "#WWIII", and "#WorldWar3".

Another such account is of Ananya Khan. The old username of this Twitter handle was @Mehreen890. The report unveils the network of these fake accounts trying to push their own agendas by manipulating their IDs and tweeting/retweeting their agenda posts. @Gwadar_Pro was mostly tagged or mentioned in the tweets of Melane Jones. @Gwadar_Pro was mentioned the most with 156 tags. It was followed by @RachaelMoris with 10 tags and @MelaneJones. All these accounts have similar Pro-China or Pro-Pakistan agendas. (ANI)