St. As the controversy around fugitive Indian diamantaire Mehul Choksi's disappearance in Antigua and his subsequent capture in Dominica deepens, new theories are arriving at a rapid pace over the reality of his alleged escape from prosecution. 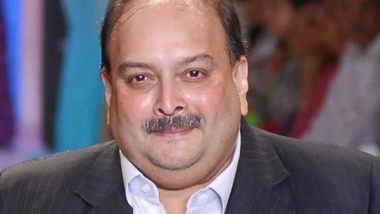 St. Johns [Antigua], June 10 (ANI): As the controversy around fugitive Indian diamantaire Mehul Choksi's disappearance in Antigua and his subsequent capture in Dominica deepens, new theories are arriving at a rapid pace over the reality of his alleged escape from prosecution.

Senior advocate Adrian Frederick writes for WIC News that certain aspects could not be ignored in the broken story that has been derived by Mehul Choksi's wife and lawyers.

Since Antigua's Prime Minister Gaston Browne ordered to revoke the Indian fugitive's citizenship under the Citizenship Act, Choksi has been fighting for his citizenship and extradition back to India in the Eastern Caribbean Supreme Court. An unfavourable decision in both cases will end up in Choksi's repatriation to India.

Choksi's sudden disappearance comes months before his hearing in the court, which raises concerns over his escape, noted Frederick. There have been talks around the country in Antigua that Choksi would be sent back to India before 2022, and he might also have been well aware of these talks happening in high ranked offices.

There are many speculations that the fugitive businessman left Antigua and Barbuda on May 23, while he had plans to go to Dominica and take a private jet for Cuba.

Frederick wrote for WIC News: "While Choksi could not legally leave Antigua and Barbuda, he had to take a different path and it was way more easier for him to fly from Dominica to Cuba than sail all the way to Cuba itself, which resulted in hiring the people who unlawfully transport people from one country to another via seaways."

Further noting that most escape plans are carried out in a shady and hidden way, he writes that it is impossible to abduct someone with a boat that had cleared immigration and customs in the country. Furthermore, the claims of Choksi's lawyers that he was transported on the Calliope of Arne ship are baseless.

Choksi could also have been carrying a heavy amount of money, given that he has raised over USD 2 billion from fraud. Moreover, the media has already disclosed that he had even planned to use a different identity to travel and live in Cuba.

Frederick also said that it was noteworthy that there was no chance of Choksi accepting his escape after his arrest as it would eventually make him fly back to India.

None of Mehul Choksi's family members or lawyers said anything when Choksi left Antigua and Barbuda and after his subsequent arrest. However, after the plan took an unexpected turn, the lawyers, Antigua's Leaders of Opposition, Dominica and Mehul Choksi's wife got together to plan the layout of abduction, which they have not been able to prove till now.

Choksi's wife Priti has also agreed that her husband had gone to meet a European woman named Barbara Jabarica, yet it still remains suspicious why she did not speak up about it before.

Moreover, two people who were sailing in Calliope of Arne have stated to the media that they are ready to assist the police in this regard, which has made it difficult for Mehul Choksi to stand his abduction story in the Dominican court.

Mehul Choksi went missing from Antigua on 23 May and was caught in Dominica. He was charged with illegal entry by police into Dominica after he allegedly fled Antigua and Barbuda in a possible attempt to avoid extradition to India.

Meanwhile, the Dominica Ministry of National Security and Home Affairs had declared Mehul Choksi a "prohibited immigrant" on May 25.

It directed necessary actions to be taken under prohibited immigration as well as not permitted to enter the Commonwealth of Dominica and the Chief of Police was instructed to take all the necessary actions to have him repatriated, said an official order of Rayburn Blackmoore, Minister for National Security and Home Affairs.

The 62-year-old fugitive is wanted in India in connection with the Rs 13,500 crore fraud in Punjab National Bank. (ANI)