Subsequently, the association members told PTI that the number of Indians who have taken vaccines has gone up to over 300. In their letter, the Indians promised to follow all protocols including testing and quarantine procedures for safe arrival in China. 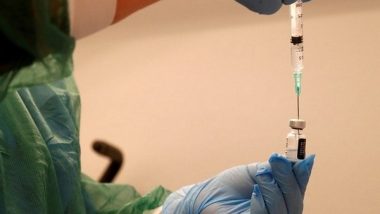 Beijing, June 7: Over 300 Indians, who have managed to take Chinese COVID-19 vaccines to comply with China's stipulation for travellers from India to be inoculated with its jabs, have urged Beijing to lift travel restrictions and permit them to return to join their jobs and businesses. On March 15, China made it mandatory for travellers coming from India and 19 other countries to get Chinese COVID-19 vaccines.

"For the purpose of resuming people-to-people exchanges in an orderly manner, starting from 15 March, 2021, the Chinese Embassies and Consulates in India will provide the persons having taken Chinese-made COVID-19 vaccine and holding the Certificates of Vaccination," said a notice posted on the Chinese Embassy in New Delhi.

The announcement put hundreds of Indians, who are working and doing business in China but stuck in India due to travel restrictions imposed following a prolonged spell of COVID-19 virus cases in India, in a dilemma as Chinese vaccines were not available in the country. China Allows 3-Child Policy, To Support Couples Wanting Third Child.

But desperate to return to join their jobs and families in China, over 300 Indians travelled to neighbouring countries like Nepal and Maldives besides Dubai and stayed there for over a month to get the two Chinese vaccine jabs incurring huge expenditure. However, their desperate efforts were in vain as the Chinese Embassy has not started issuing visas for their return.

Following this, over 200 Indians who have been vaccinated with Chinese jabs jointly sent written representation to Chinese Ambassador to India Sun Weidong early this month. They have also written to the Indian Embassy in Beijing, seeking its help to facilitate their early return.

"Respected H.E Sun Sir, now that we have been successfully vaccinated by the Chinese vaccine, kindly guide us with a way forward. We request you to start visa issuance to Indian nationals, which has been stopped since early November last year,” the Indian community in China wrote to the Chinese Ambassador in a letter which was seen by PTI here.

The letter was attached with the names of 202 Indians who have taken Chinese vaccines. Subsequently, the association members told PTI that the number of Indians who have taken vaccines has gone up to over 300. In their letter, the Indians promised to follow all protocols including testing and quarantine procedures for safe arrival in China.

Asked for his reaction to stranded Indians' representation, Chinese Foreign Ministry spokesman Wang Wenbin told a media briefing here on Monday that they should approach the Chinese Embassy in India.

"In order to restore the normal order of the cross-border travel, for those who have been vaccinated with Chinese vaccines and holding the certificates and those meeting the eligibility for those foreigners we are providing facilitation for their travel,” he said.

"For the details please contact our embassy in India," he emphasised.

To another question about the recognition of cross border vaccines as the World Health Organisation (WHO) has approved several international vaccines including that of Covishield manufactured by Serum Institute of Pune, Wang said, "since the outbreak drawing on the experience of many countries we have rolled out measures. While ensuring safety we will build safe and orderly cross border travel."

Currently, there are no flight services between China and India, and third country travel too was banned by Beijing due to the outbreak of the second wave of COVID-19 in the Indian subcontinent and elsewhere. China’s Economy to Face Serious Problems Despite Recovery: China Corporate Payment Survey 2021.

China, which has largely controlled the coronavirus with just sporadic cases, closed down a few localities in Guangzhou city in recent days following an increase in positive cases which Chinese officials say are of delta variant of the virus first reported in India.

Officials say strict travel restrictions would continue as the ruling Communist Party of China (CPC) is set to celebrate its 100 years next month. Hundreds of Indians and families besides over 23,000 students who went home for holidays and due to COVID-19 surge in Wuhan since early 2020 are still stuck in India due to travel restrictions imposed by China as the virus had spread to India and different parts of the world.

While a few hundred Indians managed to return in Vande Bharat flights permitted by China till November last year, over 2000 Indians were still stuck back home after Beijing re-imposed the travel ban.