The Counter-Terrorism Department (CTD) of the Pakistani police arrested eight terror suspects during an operation in various districts of Punjab province, local media said on Saturday. 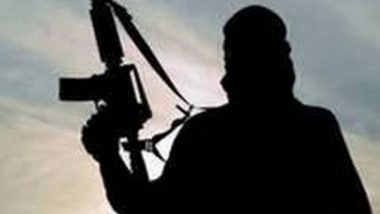 Out of the eight, four were terrorists of a proscribed organisation, Ary News reported citing CTD statement.

"A terrorism suspect of a proscribed group, Hafiz Abdul Rehman, was arrested from Gujranwala," the CTD statement said. "Rs 1600 and an identity card were recovered from him. The accused was distributing prohibited literature," Counter-Terrorism Department said.

Also Read | Sex Coach Stabbed to Death by Her ‘Jealous’ Husband in Russia.

Earlier this month, the CTD had arrested three terrorists of a proscribed organisation in Lahore.

Separately, the CTD of the Pakistani police foiled a major terror bid in the southwestern Balochistan province and arrested three terrorists during an operation.

The CTD officials three terrorists including a suicide bomber were arrested in an operation conducted by the law enforcement agencies in Turbat city of the province, Xinhua reported.

Police said terrorists were planning to carry out terror activities in the province. Earlier, six terrorists including two commanders were killed when the Pakistani military conducted an operation in Balochistan. (ANI)