In a worrying scenario for Islamabad, all Pakistan chairs in 14 universities across the world have been left vacant for years. 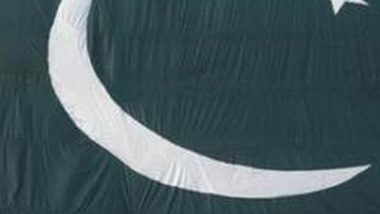 Islamabad [Pakistan], June 22 (ANI): In a worrying scenario for Islamabad, all Pakistan chairs in 14 universities across the world have been left vacant for years.

According to Dawn, this is in dire contrast with India, which has around 300 chairs, all filled and playing n important role in image and relations building of their country.

Advertisements were published one after the other over the years only to postpone the selection process.

Sources informed that chairs at universities in Germany, Egypt, Turkey, the United Kingdom and China have been vacant for six to 11 years.

During the previous Pakistan Muslim League-Nawaz (PML-N) government, the chairs were advertised twice in 2015 and in 2017 but not a single appointment was made. However, when the Pakistan Tehreek-e-Insaf (PTI) came to power in 2018, the education ministry decided to fill six of the chairs.

In September last year, another advertisement was published to fill the four chairs set up in universities of Iran, the UK, Germany and China, but there has been no progress.

"This is unfortunate that Pakistani chairs are lying vacant for years. These chairs should be filled without any further delay and competent scholars after competitive process should be appointed," said Professor Dr Saeed Shafqat, the founding director of Centre for Public Policy and Governance, Dawn reported.

"After 9/11, filling of these chairs has become all the more important," he said, adding not filling them reflected badly on the vision of the government.

Professor Dr Syed Wiqar Ali Shah, who served at the Allama Iqbal Chair at the University of Heidelberg from 2009 t 2014, said the chairs were meant to promote academic linkages and the country's soft images.

"Foreigners usually don't accept official versions of any country but they give importance to the views of scholars," he said.

Additional Secretary Ministry of Education Mohyuddin Ahmad Wani, when contacted, said the ministry had been making efforts to fill the chairs.

"I can't say anything about pas, but the incumbent management of education ministry advertised the posts and conducted interviews and now the consultation process is in progress. So we are making progress," he said when asked about the delay. (ANI)