Get latest articles and stories on World at LatestLY. Amidst a devastating power crunch in Pakistan, the Pakistan government has decided to gradually revive the stalled International Monetary Fund(IMF) programme by raising the electricity tariffs along with hiking the petrol prices. 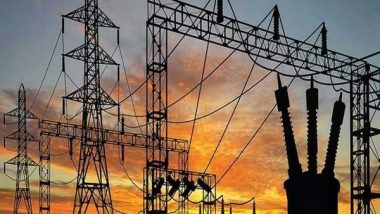 Islamabad [Pakistan], May 14 (ANI): Amidst a devastating power crunch in Pakistan, the Pakistan government has decided to gradually revive the stalled International Monetary Fund(IMF) programme by raising the electricity tariffs along with hiking the petrol prices.

The Pakistan government has announced that under the USD 6 billion Extended Fund Facility (EFF) of the IMF programme it is going to raise electricity rates by Rs 7.14 per unit through base price while adjustments are to be made to fuel prices by raising the rates of petrol, reported The News International.

The Pakistan government is planning to increase only petrol prices in the country while it will continue to provide subsidies on diesel. Further, the government is also trying to convince the provincial states to contribute to absorb the fuel cost.

According to a government official, electricity in Pakistan will be increased by Rs 4.79 per unit as the base price while to arrange fuel price adjustments fuel rates will have a surge by another Rs 2.35 per unit, reported The News International.

Reportedly, to curb any other escalation in circular debt, the IMF is demanding an increase of Rs 7.14 per unit.

Further, both Pakistan and the IMF will be holding review talks from Wednesday to renew attempts to reach a staff-level agreement so that the fund's executive board approves the delivery of the next $ 1 billion tranches, reported The News International.

Notably, if the prices remain the same, during the current fiscal year, the Pakistan government would have to bear the cost of about Rs 140 billion till June for a duration of four months.

As a result, to protect over 30 million Pakistani households from a surge in inflationary pressures, the present government, under the Benazir Income Support Programme (BISP) is forced to devise a mechanism for the placement of targeted subsidies identified through the newly-conducted National Social Economic Survey (NSER).

In addition, the government is also required to increase the tariffs on gas to improve the liquidity crisis faced by the Sui Southern Gas and Sui Northern Gas in Pakistan, reported The News International.

Also, the government admitted that to repay Rs 200 billion to gas utility firms it will need Rs 200 billion, bringing the total to Rs 701 billion, or over 1 per cent of GDP. Further, if current POL prices in the international market remain intact, it is estimated that fuel subsidies will cost Rs 118 billion.

Meanwhile, with the delay in the revival of the IMF programme and falling foreign currency reserves, the Pakistani rupee has hit an all-time low against the US Dollar, crippling the country's economy further.