67th National Film Awards: Varun Sharma on Chhichhore Winning the Best Hindi Feature Film Award, Says ‘This Is a Huge Validation and We Are Truly Overwhelmed’ 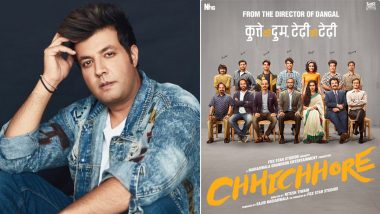 "This is a huge validation and we are truly overwhelmed. This win means the world to us. But above all of this, this one is for Kammo (Varun's character would call Sushant as Kammo in the film), and will always remain closest to our hearts," he said. "Chhichhore is one of the most special films of my career. We had a lovely time shooting for the film. We are thrilled to have won the National Film Award for the Best Hindi Film," he added. 67th National Film Awards: Kangana Ranaut Wins for Manikarnika, Manoj Bajpayee and Dhanush Share Best Actor Trophy; Check Out Full Winners’ List Here.

(The above story first appeared on LatestLY on Mar 22, 2021 07:34 PM IST. For more news and updates on politics, world, sports, entertainment and lifestyle, log on to our website latestly.com).