83 The Film: Chirag Patil to Play the Role of ‘Mumbai Ka Sandstorm’ Sandeep Patil, Actor Excited To Portray His Superhero on the Big Screen 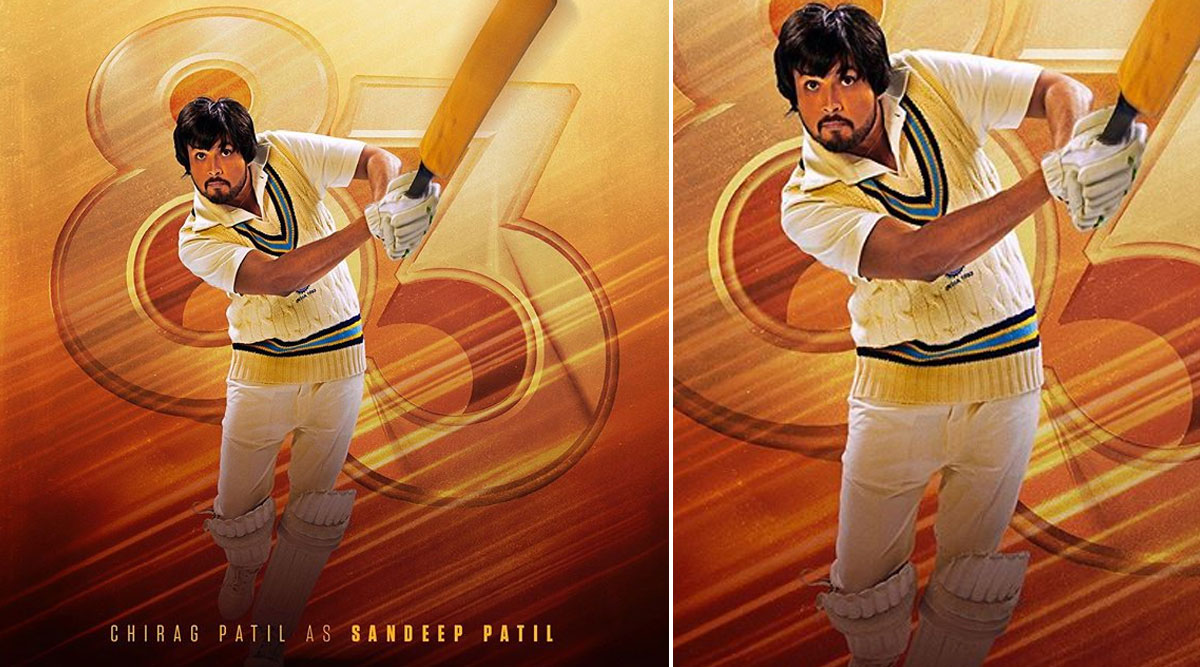 The fifth character poster from 83 The Film has been unveiled! The makers have shared the look of Chirag Patil, who would be playing the role of his father, his superhero, former Indian cricketer, Sandeep Patil. Yes, Chirag would be essaying the role of ‘Mumbai Ka Sandstorm’. This is extremely especially not only for the actor, but for all the fans of this father-son duo. Chirag’s father was known to be a hard-hitting batsman and an occasional medium pace bowler, and the actor is super excited to portray the legend’s role on the big screen. 83 The Film: Ranveer Singh Shares the Logo of Kabir Khan Directorial (View Pic).

After seeing Chirag Patil’s avatar as Sandeep Patil, we just cannot wait to see him on the big screen. While sharing the poster, he captioned it as, “As a boy I idolized him; now I aspire to be a man like him. How fortunate must I be to portray my superhero on screen. The man who took India to the finals Presenting Mumbai ka Sandstorm, Sandeep Patil! #ThisIs83.” Even Ranveer Singh has shared a pic that he captioned as, “ANDY STORM! He’s a Chip off the Old Block ! @iamchiragpatil plays his Father #SandeepPatil in @83thefilm ! #madlegit #ThisIs83.” 83 The Film: Bollywood Debutant Jiiva’s Look as Stroke Play Sensation Krishnamachari Srikkanth Wins Our Hearts (View Pic).

The makers have earlier revealed the look of Tahir Raj Bhasin as Sunil Gavaskar, Jiiva as Krishnamachari Srikkanth, Saqib Saleem as Mohinder “Jimmy” Amarnath and Jatin Sarna as Yashpal Sharma. Based on team India’s win in the 1983 World Cup, this upcoming sports drama is directed by Kabir Khan. Ranveer Singh would essaying the role of Kapil Dev and his wife Deepika Padukone would play his onscreen wife, Romi Bhatia.