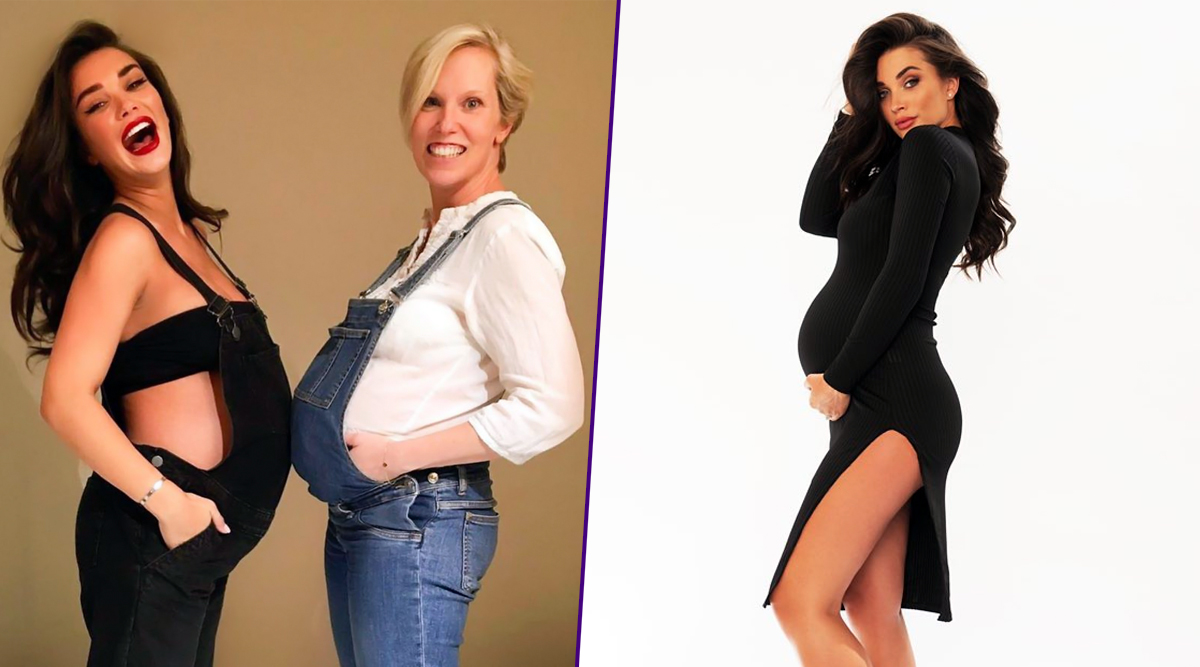 In a maternity shoot, actress Amy Jackson is seen flaunting her baby bump. The actress took to Instagram to share a photograph and a video of her maternity shoot. She was 33 weeks pregnant during the shoot and wore a black thigh-high slit figure-hugging dress. Amy also shared a behind-the-scenes video in which she is seen posing for the camera. The actress completed her look with nude make-up and black high heels. Lisa Haydon and Amy Jackson’s Pregnancy Photo-shoot in London Shows How to Flaunt Baby Bump in Style (View Pics)

She captioned it: "The little man at #33weekspregnant on our maternity shoot with @samaramorrisphotographer Glam by @sandydmakeup @rosiecerosiomakeup (sic)" The 2.0 actress is expecting her first child with fiance and businessman George Panayiotou. She made her acting debut with the 2010 Tamil movie "Madrasapattinam" and has featured in several Telugu, Hindi and Kannada films apart from Tamil films. Amy Jackson Hosts a Gender Reveal Party and She Is Having a Baby Boy (Watch Video)

Amy Jackson All Smile in her Maternity Photoshoot

Her last big release was the Rajinikanth-starrer 2.0 in 2018, which released in Tamil, Hindi and Telugu versions. Her notable Bollywood films include Ekk Deewana Tha, Singh Is Bliing and Freaky Ali.