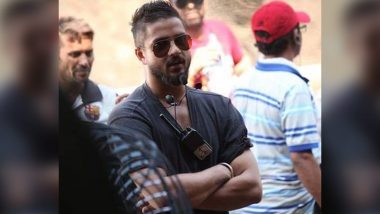 The Narcotics Control Bureau (NCB) has arrested another person in the drug probe into Bollywood. A person named Kshitij Ravi Prasad has been arrested by the NCB, after almost 24 hours of questioning, as per reports. He has been taken for a medical examination by the officials, as per formalities, before the arrest, reports ANI. Kshitij's name has made headlines because of his alleged association with Dharma Productions as an executive producer. However, the company's head honcho, Karan Johar, clarified, last night, that Kshitij was only associated with Dharma's sister company briefly on contractual basis for a project that did not materialise. Karan Johar Issues Statement Slamming Rumours of Drug Abuse, Clarifies Kshitij Prasad and Anubhav Chopra Are Not Associated With Dharma.

The NCB has arrested over 20 people in the drug probe apart from Kshitij. Late actor Sushant Singh Rajput's girlfriend, Rhea Chakraborty and her brother Showik Chakraborty will remain in judicial custody till October 6.  Sushant's househelp, staff manager and about 16 drug peddlers have been nabbed by the NCB.

Talking about Kshitij, and a certain Anubhav Chopra also being questioned by NCB, Karan said, "I would like to further state that several media/news channels have been airing news reports that Kshitij Prasad and Anubhav Chopra are my "aides” / "close aides". I would like to place on record that I do not know these individuals personally and neither of these two individuals are "aides" or "close aides". "

(The above story first appeared on LatestLY on Sep 26, 2020 04:00 PM IST. For more news and updates on politics, world, sports, entertainment and lifestyle, log on to our website latestly.com).