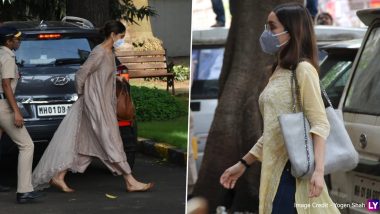 Deepika Padukone, Sara Ali Khan, Rakul Preet Singh and Shraddha Kapoor are some of the Bollywood actresses who have been issued summons by the Narcotics Control Bureau in the ongoing drug probe that has come in the light during Sushant Singh Rajput’s death investigation. Earlier today we pictures and videos of Deepika making an arrival in an SUV at the NCB office in Mumbai and it was all over the internet. After the actress, it was her manager Karishma Prakash was also spotted arriving for the interrogation. And now it is Shraddha Kapoor who has been spotted making an arrival at the NCB office. Bollywood Drug Probe: Deepika Padukone Arrives At Narcotics Control Bureau’s Office In Mumbai For The Interrogation (Watch Video).

The Mumbai Police have deployed adequate security outside these actresses residences and also at the NCB office. There were media channels and shutterbugs spotted outside Shraddha Kapoor’s residence. However, Shraddha was spotted leaving in her four-wheeler from her rumoured beau, celebrity photographer Rohan Shreshta’s residence. She was reportedly asked to appear before the investigating agency around 11am. While was Deepika Padukone had appeared before the NCB at the Mumbai Port Trust Guest House in Colaba, on the other hand, Shraddha was seen arriving at NCB's Zonal office in Ballard Estate in South Mumbai.  Deepika Padukone, Sara Ali Khan, Shraddha Kapoor, Rakul Preet Singh Issued Summons by NCB in Drug Probe.

She has been summoned by NCB to join the investigation of a drug case, related to #SushantSinghRajput's death case. pic.twitter.com/RT2uGlC9DW 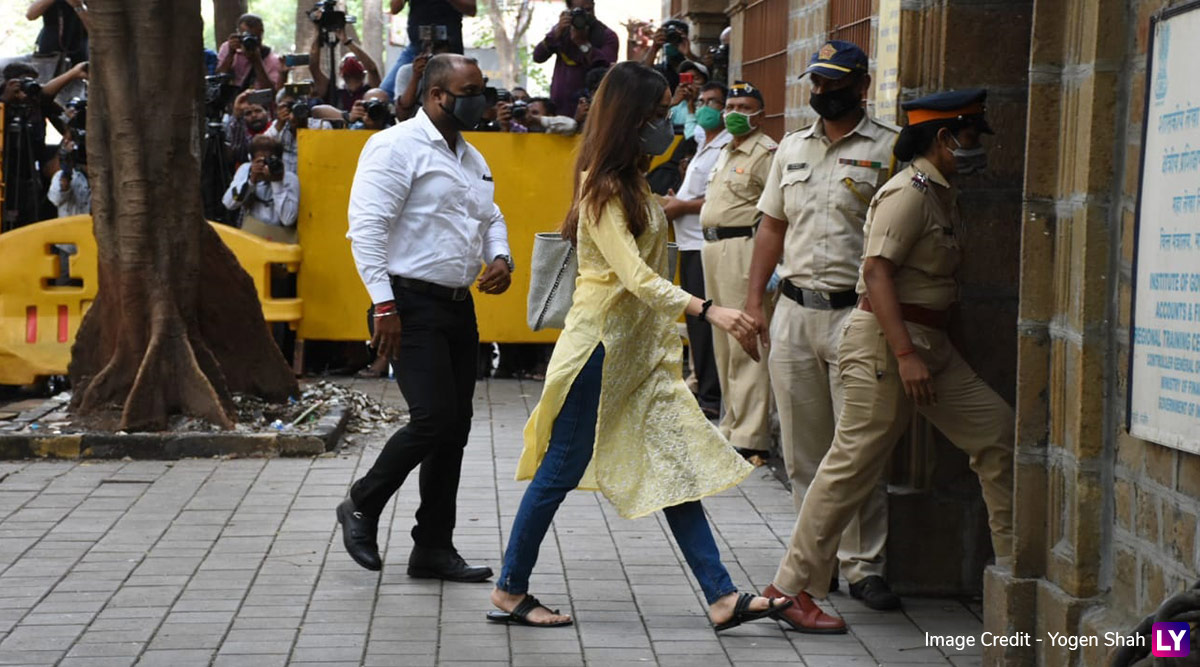 Sara Ali Khan is also reportedly asked to appear before the NCB around 11am for the interrogation. Sara had shared screen space with later actor Sushant Singh Rajput in the film Kedarnath, whereas Shraddha Kapoor had shared screen space with the actor in the film Chhichhore. Shraddha will reportedly be questioned about the Chhichhore party that took place at the late actor’s farmhouse where drugs were reported to be consumed. She also be grilled about the WhatsApp chat with Jaya Saha that was related to ‘drug procurement’.

(The above story first appeared on LatestLY on Sep 26, 2020 12:20 PM IST. For more news and updates on politics, world, sports, entertainment and lifestyle, log on to our website latestly.com).