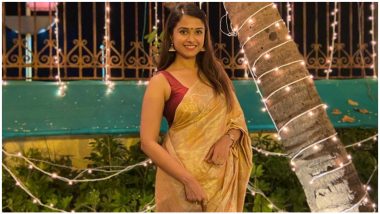 Currently, there's a lot happening in the entertainment industry. As Sushant Singh Rajput's suicide case mystifies, along with the same, a lot has been spoken and written about the late actor's former manager Disha Salian's death. Infact, many reports suggest that the girl was murdered and rape. That's not it, a few reports also add that Disha was pregnant. Well, now setting the record straight and rubbishing theories about his daughter, Disha's father, Satish Salian in an interview with India Today urged media and others to not spread false news. Sushant Singh Rajput Fainted On Hearing About Disha Salian's Suicide, Reveals Late Actor's Flatmate Siddharth Pithani.

Speaking about the same, Satish said, "As media has freedom of speech, we also have right of privacy, do not interfere in our life please. I request you all please. Police have explained me. They showed whole case evidences, post mortem report. My daughter was never pregnant, she never got pregnant. Rape never happened, organs are clear."

Not just her father, Disha's mother also added her bit and said how they trust the police's investigation. She said, "All this is false. Statements in this case are taken twice. Malvani police (where Disha Salian case is being investigated) has all documents on record. We have seen post mortem report. Mumbai police are doing their job properly and therefore we trust Mumbai police. We were quiet earlier but all these in media defaming our daughter we just can't take it anymore. Therefore I request people to understand what is the truth." Disha Salian Death: Police Uncertain About Cause of Death, Says 'Not Sure If It Was a Suicide or an Accident'.

For the uninitiated, reportedly, Disha died by suicide by jumping off a high-rise building in Mumbai’s sub-urban Malad area on June 8, 2020. Sushant Singh Rajput died on June 14, 2020, almost a week after Salian's untimely demise. Stay tuned!

(The above story first appeared on LatestLY on Aug 08, 2020 09:01 PM IST. For more news and updates on politics, world, sports, entertainment and lifestyle, log on to our website latestly.com).