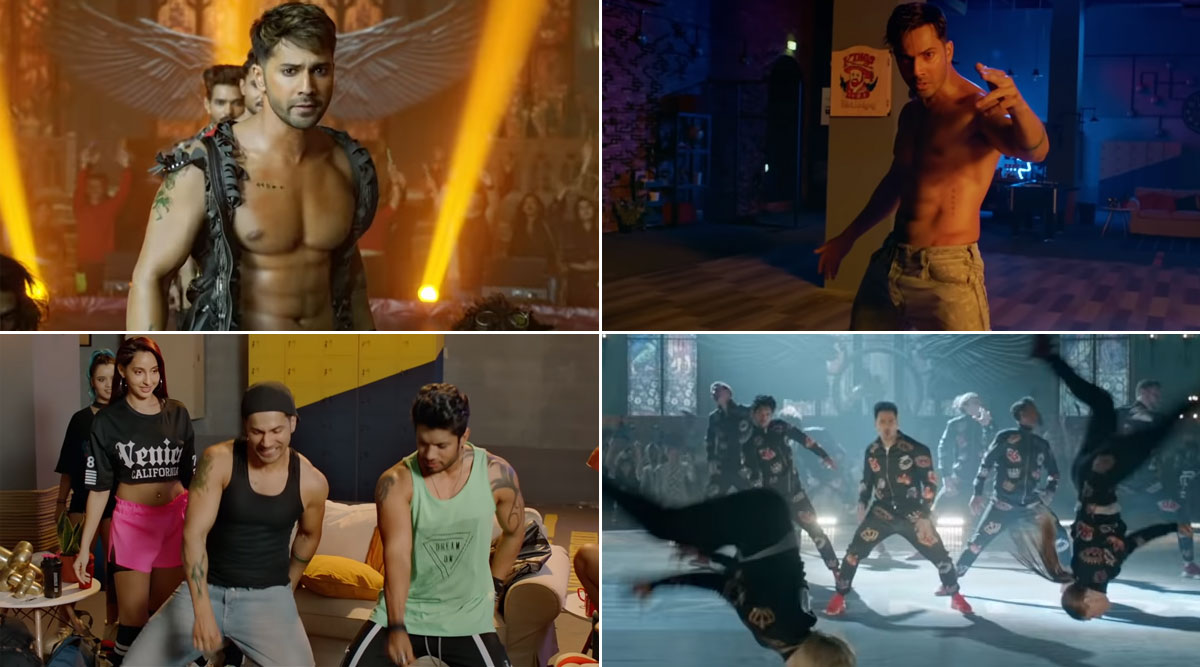 Another song from Varun Dhawan and Shraddha Kapoor starrer, Street Dancer 3D is now out and it is the emotional number "Dua Karo". After the first three tracks which were high on beats, this new song is different considering it is more on the emotional side. "Illegal Weapon", "Muqabala" and "Garmi" have already become big hits. Varun Dhawan took to Twitter to share this new track and also thanked composer Jigar Saraiya for it. The new track features Varun's character dealing with a difficult time and the actor is seen dancing to it shirtless, full of rage. Street Dancer 3D Song Illegal Weapon 2.0 Poster: Varun Dhawan Asks Shraddha Kapoor Is She Ready to Battle?

The song has been penned by Priya Saraiya and composed by Sachin-Jigar, the intense song has been sung by Arijit Singh, Bohemia and Sachin- Jigar. It shows Varun Dhawan in an angry, introspective mode and the song is full of flashbacks as we also see the other dance crew members who star in the film such as Dharmesh Yelande and Punit Pathak. Varun had earlier also mentioned that this is his favourite song from the film. Street Dancer 3D Actor Varun Dhawan Reveals How His Passion for Dance Came from Eminem Songs.

Check Out the New Song Here:

In the last song that was released, "Illegal Weapon", we saw Varun Dhawan and Shraddha Kapoor's characters having a dance battle on the streets. After watching them burn the dance floor in ABCD2, we are more than excited to see them take things a notch higher in this one. Street Dancer 3D revolves around the dance battle between dance teams from India and Pakistan. While team India is led by Varun, team Pakistan is led by Shraddha. The film also stars Prabhudheva and Nora Fatehi in key roles. Directed by choreographer Remo D’Souza, the film is slated to hit the theatres on January 24.