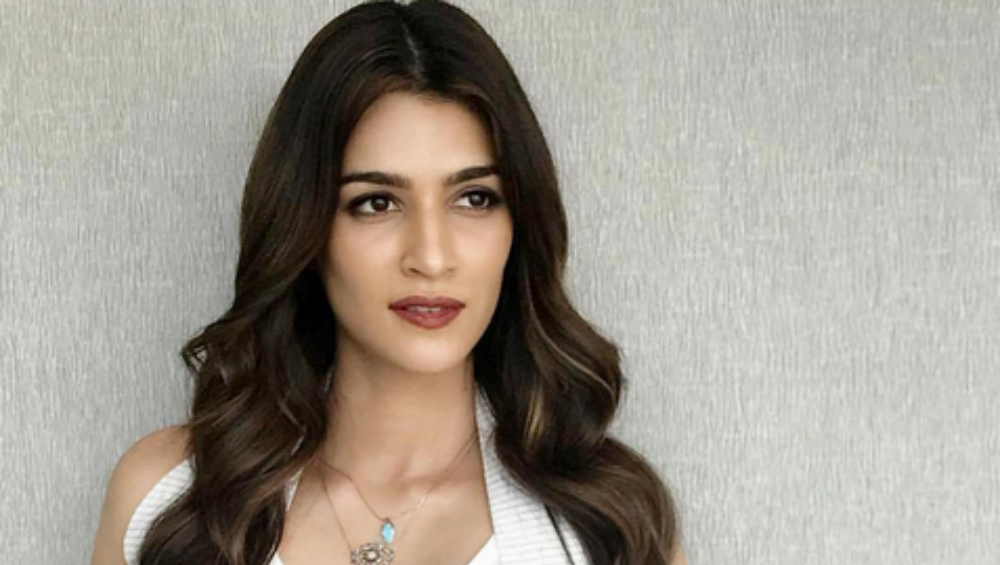 Mumbai, May 18: Bollywood actress Kriti Sanon has urged producers to clear the dues of people who work in return for daily wages on the sets of TV shows amid the Covid-19 induced lockdown.

On Monday, Kriti shared a video on Instagram in which an aged person, who claims to be a technician on the sets of the TV serial "Hamari Bahu Silk", could be seen alleging non-payment of dues from the producers. Mimi: Kriti Sanon Film’s Released Date Will Be Pushed, Hints Director Laxman Utekar, Says, ‘Almost the Entire Film Is Shot but a Song Is Left’.

Sharing the video, Kriti urged the producers to clear the dues of daily wagers. Kriti mentioned that she knew about this "incident" because a friend of her was a part of the daily soap. The actress also appealed to the Cine and TV Artistes' Association (CINTAA) to look into the matter.

"This is just one incident that I know of because a friend of mine has worked in this daily soap: Humari Bahu Silk'. But my heart breaks to see so many people suffering because they haven't received their payments! This is the time when the daily wage earners need their hard-earned money the most!!

"I request the concerned producers to pls pay everyone their dues!! They have worked very hard for this, and it's rightfully theirs! @cintaaofficial pls pls help them. It's a tough time we all are going through and I urge all employers in every field to please clear the pending payments of their employees," the actress wrote. Kriti Sanon on Essaying a Surrogate Mother in Mimi: ‘It Was Process of Self-Discovery’.

Meanwhile, Kriti has been trying to do some cooking during the ongoing lockdown. Earlier in the day, the actress shared a video of a Burmese dish, khow suey', prepared by her.

"KHOW SUEY, In KHAU GALI, For MAHA KHAAUU People, Some #KriticalCooking by Me..." the actress captioned her video.