Lara Dutta Bhupathi has vowed to stop engaging with those accused of sexual harassment. 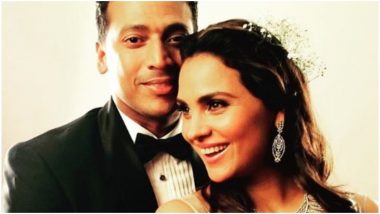 In the wake of the #MeToo movement, several women came forward to talk about the gut-wrenching experience of sexual abuse and assault they had been subject to at work, naming their alleged perpetrator. After a series of allegations, many celebrities came out in support of these women. From Priyanka Chopra, Sonam Kapoor, Farhan Akhtar, Farhan Akhtar to Twinkle Khanna, several celebs voiced their support on social media. As B-town was coming out in full support of all the victims, actress Lara Dutta Bhupathi too vowed to stop engaging with those accused of sexual harassment. Abhijit Bhattacharya’s Defence on Sexual Harassment and #MeToo Is Outright Ridiculous - Watch Video

Recently Lara's tennis star husband Mahesh Bhupathi, at an event, spoke about director Sajid Khan (who has been accused of harassment by three women) and how his wife had seen the filmmaker being rude and vulgar to her Housefull co-stars. The acrtress, who was a part of 2010-film Housefull (helmed by Sajid Khan) has witnessed his unacceptable behaviour on the sets.

Talking about it at an event, Mahesh said, "We were in London at that time. She would come home and her closest friend was her hair dresser and they both would be complaining about how one of her co-stars was being treated by the director. Rude, vulgar," further adding, "I told her, 'You guys are all complicit. All the four of you, who were in the film, were listening to what he was saying and not telling him it’s not ok. So, at some level you guys are complicit' and she agreed."

Work is fun when hanging with ur bestie on set! @mbhupathi #gitanjalijewels

Lara recently turned down a work offer routed through the casting company of Mukesh Chhabra, one of those accused of sexual harassment. Husband Mahesh Bhupathi too recently took to the micro-blogging site to urge people to 'stop engaging' with those who have been sexual offenders in an open letter. He wrote, "Two days ago my wife, who's shooting out of town, got an offer from a leading international digital platform through Mukesh Chhabra's company. She forwarded it to me for my feedback. I asked if she really wanted to empower his company even after what's been in the news. Her reaction was that the digital platform hadn't really pulled back business from him either. Later, Lara got in touch with the digital platform and told them she wouldn't accept work through this company specifically. I think she did the right thing. I am not sure it's enough though."

#stopengaging . Everyone seems to be horrified about the #metoo stories but why is no one saying anything?#useyourvoice #timesup #CleanUp pic.twitter.com/FGOukZLyuF

The #MeToo movement in India has gathered momentum since it broke on social media with names from the media, film, and entertainment industries being called out. Prominent names like Rajat Kapoor, Vikas Bahl, Zulfi Syed, Sajid Khan, Kailash Kher, Subhash Kapoor, Subhash Ghai, Alok Nath, Anu Malik, among others were named and shamed for their sexual misconduct. Watch this space for further updates.

(The above story first appeared on LatestLY on Nov 27, 2018 10:25 AM IST. For more news and updates on politics, world, sports, entertainment and lifestyle, log on to our website latestly.com).