Sanjay Dutt Jets Off To Dubai, Maanayata Shares A Glimpse Of Their Journey On Instagram! (View Pics) 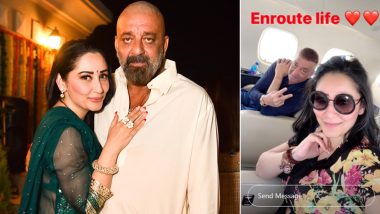 Maanayata Dutt and children Shahraan and Iqra were stuck in Dubai owing to the lockdown situation. Sanjay Dutt’s wife returned to Mumbai as soon as it was known that the actor has been diagnosed with lung cancer. However, the couple’s kids are still in Dubai and to meet them, Sanjay and Maanayata have reportedly taken off to Dubai. Maanayata even shared a few pics from their flight journey on her Insta story and the couple is all smiles. Sanjay Dutt Gets His Five-Year US Visa, May Start His Cancer Treatment There.

A source revealed to TOI that Sanjay Dutt and Maanayata took a chartered flight to Dubai and the duo is expected to be back to bay in a week’s time. The source was quoted as saying, “Sanjay is doing well, and is expected back home in just a week or 10 days. He wanted to see his twins, who are still in Dubai. They’re attending their classes from there.” Sanjay Dutt to Resume Shooting for Shamshera; Wife Maanayata Shares A Supportive Post on Insta.

Sanjay Dutt And Maanayata Off To Dubai 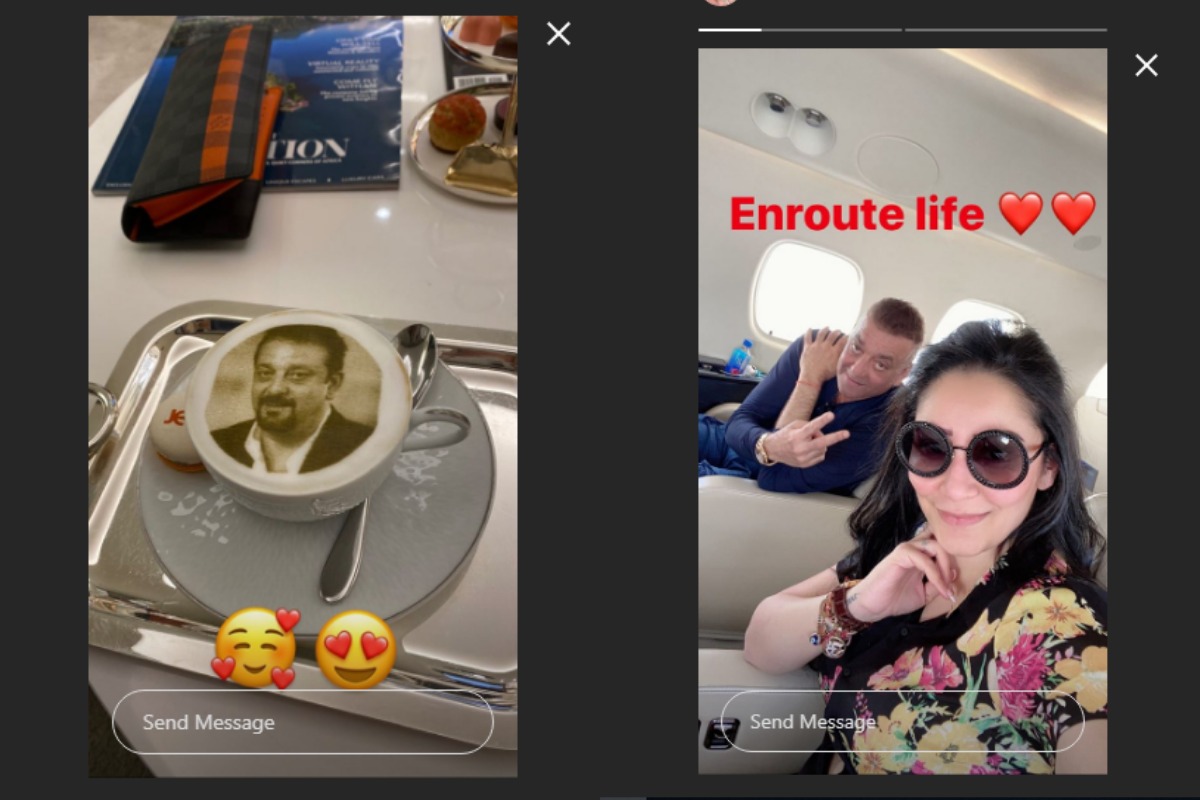 Talking about Sanjay Dutt’s preliminary treatment in Mumbai, a source revealed to Mirror, “The chemotherapy sessions have been going well and the tests too are positive. That’s why, after a smooth shoot, Sanju decided to take off for a 10-day family vacation in Dubai. They will catch up on ‘we’ time before he returns to Mumbai and resumes work on his other films — KGF 2 and Bhuj. This is not to seek treatment abroad.” Stay tuned for further updates!

(The above story first appeared on LatestLY on Sep 16, 2020 01:29 PM IST. For more news and updates on politics, world, sports, entertainment and lifestyle, log on to our website latestly.com).