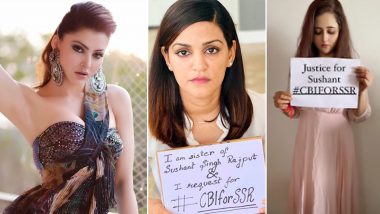 Celebrity support continued to pour in for a CBI probe into the death of Sushant Singh Rajput all through Saturday, with Urvashi Rautela and Rashami Desai joining the social media campaign along with several others in the entertainment industry. "There really can be no peace without justice. There can be no justice without truth. And there can be no truth, unless someone rises up to tell you the truth ~ Louis Farrakhan. Justice will prevail. Truth always wins #GlobalPrayersForSSR #JusticeforSSR #CBIforSSR," tweeted Urvashi on Saturday. Sushant Singh Rajput Death Case: Kamya Punjabi Slams Rhea Chakraborty For Leaking Personal Chats About Fight With Sister (View Tweet)

Actress Rashami Desai also posted on Instagram Story, demanding for a CBI enquiry and justice for Sushant Singh Rajput. Actor Karan Wahi shared a picture of himself with Sushant, and wrote: "My friend.. U will Always be in our prayers. Karan tagged his post with #prayerforsushant #cbiforsushant #globalprayers4ssr. Several Bollywood stars, including Kangana Ranaut, Kriti Sanon, Varun Dhawan and Parineeti Chopra, had posted to show support to the social media campaign demanding a CBI probe, over the past days. Sushant Singh Rajput’s Dil Bechara Co-Star Sahil Vaid Recalls Sharing the Good News of Getting a Musical Project

Actor Siddhant Chaturvedi had also asked for "#CBIInquiryforSushant", and so did actress Mouni Roy. Actor Gulshan Devaiah tweeted: "No hashtags, no finger pointing, no conclusions. I really hope & pray, that the matter around the tragic passing of Sushant Singh Rajput comes to a decisive conclusion. How we "feel" is less important than true, unbiased justice!! Justice for the sake of Justice & nothing else."

The CBI enquiry demands have followed a video posted by Sushant's sister Shweta Singh Kirti demanding CBI investigation into his death. In a post, she was seen holding a placard that reads: "I am sister of Sushant Singh Rajput and I request for #CBIforSSR." Following her post, actress Kangana Ranaut had also shared a video demanding a CBI probe into the death. Actress Kriti Sanon had also lent their support to the family, as did Sushant's ex-girlfriend Ankita Lokhande. 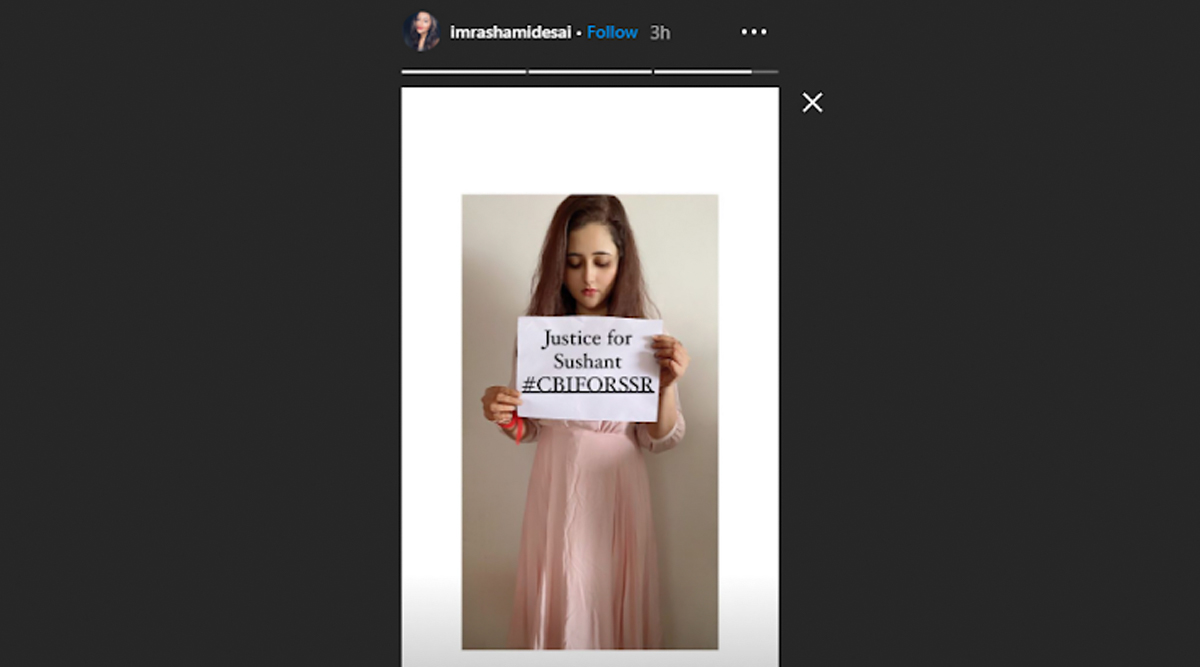 Sushant was found dead in his apartment in Mumbai on June 14. His family has lodged an FIR accusing his girlfriend, actress Rhea Chakraborty, and her family with abetment to suicide among other charges.

(The above story first appeared on LatestLY on Aug 15, 2020 07:25 PM IST. For more news and updates on politics, world, sports, entertainment and lifestyle, log on to our website latestly.com).