Year Ender 2019: Kabir Singh Controversy, Gully Boy to Oscars and Other Breaking Headlines of The Year That Got The Internet Talking! 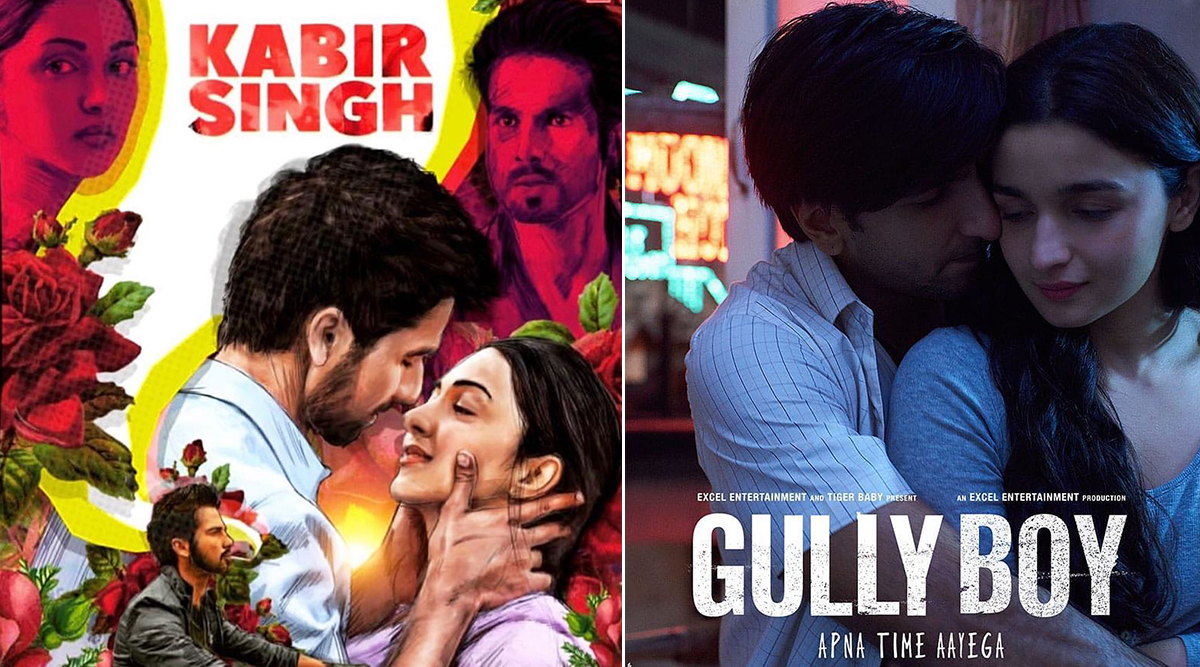 This year was one of the calmest years for the B-town world! But then again, we are talking about the Bollywood industry here which is known for startling events and happenings. This year too had a couple of such incidents that grabbed the 'breaking news' spot into minutes. The year was quite eventful when it comes to film releases, with many wonderful films churned out and trashy remakes released. However, when it comes to the top news of the year, these ones cannot be erased from the memory for at least some more years! Year Ender 2019: From 'Ghungroo' to 'Bekhayali', These Are the 14 Best Songs of the Year.

Gully Boy Goes To Oscars: Ranveer Singh-Alia Bhatt's rap drama based on the lives of Divine and Naezy successfully became the Oscars contenders of the year. This Zoya Akhtar directorial who impressed the critics in the country are set to impress the international audience as it is India's official entry in the International Feature Film category at the 92nd Academy Awards.

Priyanka Chopra's Smoking Controversy: Priyanka Chopra, Nick Jonas and Madhu Chopra's viral pictures of smoking while on a vacation broke the internet. The global icon was trolled for claiming that she suffered from asthma through an ad and then was ironically snapped smoking.

Kabir Singh Controversy: This was one of the biggest controversies in B-town and is still being talked about. Shahid Kapoor-Kiara Advani's romantic film (remake of Telugu film Arjun Reddy) was labelled as a misogynist and sexist by most of the critics, celebs and fans. The debate over the Sandeep Reddy directorial is still on.

National Award Shared By Ayushmann Khurrana and Vicky Kaushal: Both the actors were bestowed upon by the prestigious honours for their amazing performances in their respective films. Ayushmann got the 'Best Actor' award for his acting in Andhadhun while Vicky received the same for Uri: The Surgical Strike at the 66th National Film Awards 2019. Year Ender 2019: Midsommar, Booksmart, The Souvenir and Other Underrated Hollywood Movies of the Year That are a Must-Watch.

Karan Johar and Celebs Accused of Using Drugs:  Shiromani Akali Dal MLA Manjinder Singh Sirsa accused Karan Johar of having 'drugs' in his party. This was after a video was posted by the filmmaker that also had Deepika Padukone, Vicky Kaushal, Varun Dhawan, Ranbir Kapoor and Shahid Kapoor etc seen here. However, Karan later clarified that the accusation was baseless.

Zaira Wasim Quit Bollywood: The actress 19-year-old actress who shot to fame with Aamir Khan starrer Dangal and Secret Superstar announced her decision to quit Bollywood. She revealed in an Instagram post that her work does not align with her religious faith. This decision of hers got Twitterati divided and celebs debating over it.

Lata Mangeshkar's Health Update: The legendary singer was admitted to the hospital for around a month, due to her fluctuating health. The fans took to social media to pour constant well-wishes and good words. The family members too kept on releasing statements updating the media about her health. She was taken back home after her health became stable.

Kangana Ranaut vs Journalists: The curly-haired actress had a heavy showdown with the journalist during the promotional event of the film Judgementall Hai Kya. After her fight with the media person, the entertainment journalist fraternity decided to boycott her. The Entertainment Journalists' Guild of India also demanded an apology from her.

These were the top eleven internet-breaking headlines from the Bollywood world. Although thankfully, it was quite a calm year otherwise, these incidents surely made enough noise to make it a memorable year for the B-town celebs and fans!