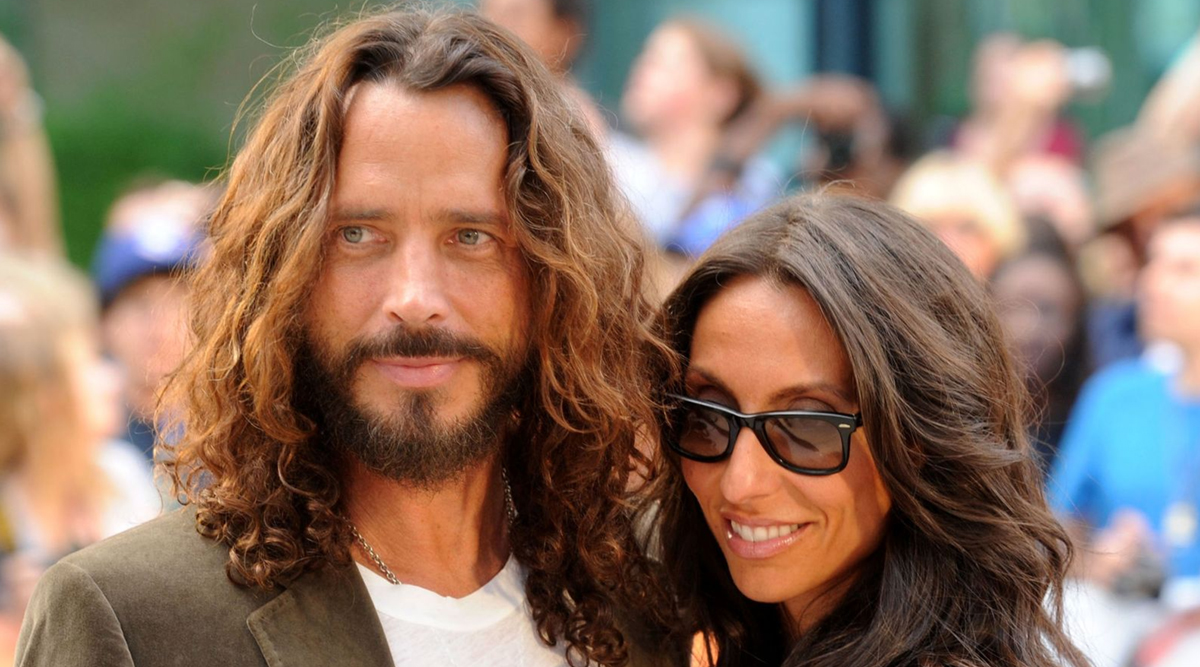 Soundgarden and Audioslave frontman Chris Cornell's widow is taking the tragic rocker's Soundgarden bandmates to court over allegations of missing royalty payments. Vicky Cornell filed suit in a Florida federal court on December 9, accusing the singer's old pals of failing to hand over "hundreds of thousands of dollars" in royalty payments "indisputably owed" to the late star's family, reports aceshowbiz.com. According to legal papers obtained by tmz.com, she goes on to allege that withholding the money is an attempt to "strong-arm Chris' Estate into turning over certain audio recordings created by Chris before he passed away". Ellie Goulding Opens Up on Her Anger Issues.

She claims the surviving members of Soundgarden are seeking to obtain the rights to seven unreleased tracks Cornell had in his possession at the time of his passing in May, 2017, but she says they were "solely authored by Chris; contain Chris' own vocal tracks; and were bequeathed to Chris' Estate". His former bandmates argue they had been "working on the files in a collaborative effort" with Cornell, but Vicky believes her refusal to give up the tunes has led to the musicians resorting to "pressure tactics, harassment, unlawful conversion of royalties, and extortion". Kim Kardashian Talks About Her Body Image Issues And The Moments That Broke Her Soul.

She goes on to call out guitarist Kim Thayil for suggesting she is to blame for blocking the release of any new music from the group, comments which apparently riled the band's "rabid fan base" and has "threatened the safety" of Vicky and her two children. She is asking the judge overseeing the case to declare that the unreleased songs belong solely to Cornell's family, and order the bandmembers to hand over the outstanding royalties.

Addressing the legal action in a statement posted on Instagram, Vicky writes: "This was not the way I would have chosen to move forward. But I will not be pushed aside for someone else's convenience or gain... I will do justice by my husband's work and memory; for our children and for everything we stood for." The remaining members of Soundgarden have yet to comment publicly on the lawsuit.