Joining the bandwagon is Wonder Woman, Gal Gadot. She received Priyanka's book and took it to Instagram to thank PeeCee for sending a copy of the memoir. She posted a video on her IG story where she can be seen opening a hamper. 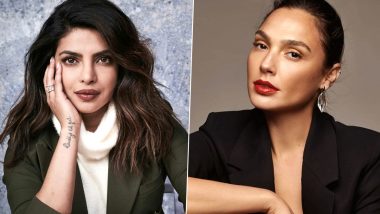 Priyanka Chopra had a very productive lockdown and she finished multiple projects while sitting at home. The actress signed new projects, finished shoots for her previous commitments and even finished her memoir titled 'Unfinished'. After years of planning and finally penning her journey into words, the international star got her book published for the world to know her story. 'Unfinished' has been the talk of the town ever since it came out and many celebrities have been talking about the actress' book. Priyanka Chopra Jonas Signs First Look TV Deal With Amazon Studios, Shares The Big News On Social Media!

Joining the bandwagon is Wonder Woman, Gal Gadot. She received Priyanka's book and took it to Instagram to thank PeeCee for sending a copy of the memoir. She posted a video on her IG story where she can be seen opening a hamper that included the book and some other goodies. She wrote a cute message for Priyanka saying, "Thanks my love." and added a heart with the message. Earlier, Drew Barrymore and Jimmy Fallon too talked to Priyanka about the book on their talkshow. 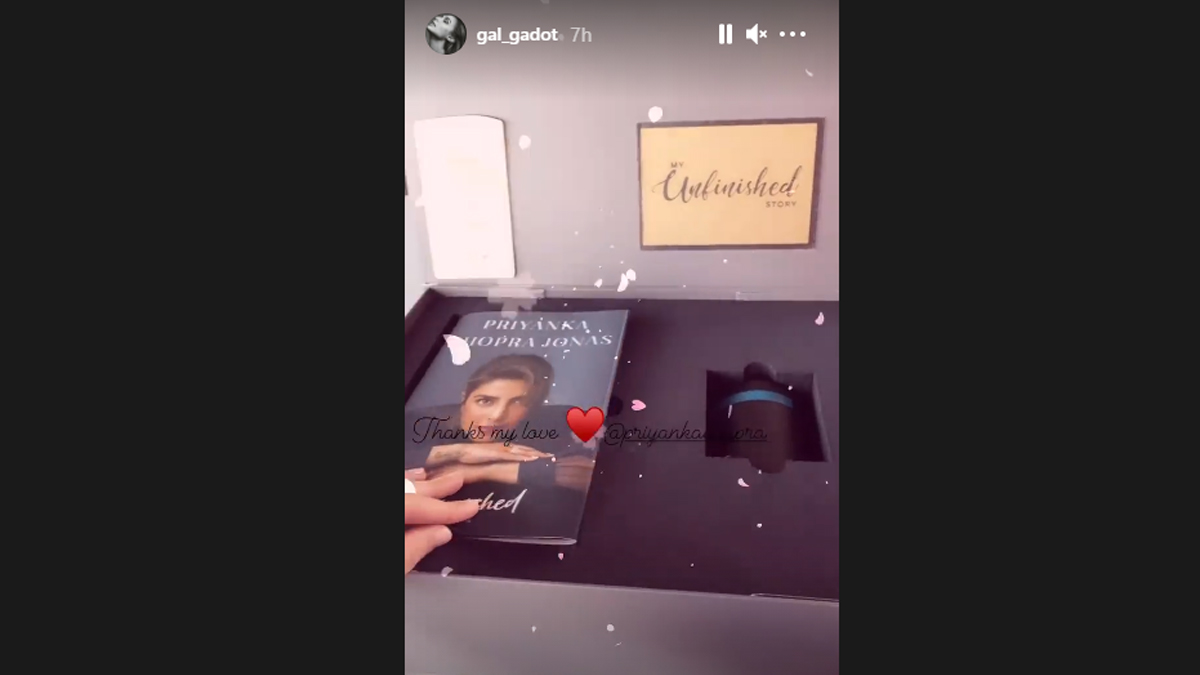 Priyanka and Gal have known each other for quite a long time now. The two divas first made it to the headlines together in 2019 when they struck a pose for photos at a fashion show. PeeCee and Gadot were invited to the Paris Fashion Week, where they made heads turn with their striking outfits. She also cheered for Gal when her film Wonder Woman 1984 was about to release. Priyanka Chopra Excited to See Gal Gadot in Wonder Woman 1984, Calls the Actress a ‘Phenomenon’.

Apart from this, Priyanka will be seen in The White Tiger next which also stars Rajkummar Rao and Adarsh Gourav in pivotal roles. The film will premiere on Netflix on January 22, 2021. The movie is based on the 2008 novel by Aravind Adiga which went on to win the 40th Man Booker Prize. The movie has been adapted and directed by Ramin Bahrani. She will now be seen in Amazon Prime's show titled Citadel.

(The above story first appeared on LatestLY on Feb 27, 2021 03:27 PM IST. For more news and updates on politics, world, sports, entertainment and lifestyle, log on to our website latestly.com).