Oscar Winning Actor JK Simmons Bags Spider-Man Sequels, But Not Sure If Studio Will Use Him For Upcoming Spider-Man Movies (Deets Inside) 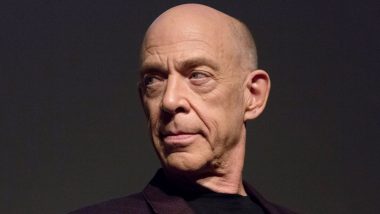 While JK Simmons took home all the spotlight when he starred as the short-tempered Daily Bugle editor J. Jonah Jameson in the end-credits scene of Spider-Man: Far From Home, ENews has it that the actor has been brought on board for future Spider-Man sequels. Yes you read that right. However, the play here comes in the form of whether or not the studio will use him in the films. JK Simmons, Betty Gilpin in Talks to Board Sci-fi Thriller 'Ghost Draft'.

The much-loved character, in a recent episode of People TV's Couch Surfing, when asked about his appearances in the future Spider-Man movies, revealed, "I don't know if I would use the word expect. But it's great to have the opportunity, as these things evolve, to be one of the holdovers from the previous version." Spider-Man: Far From Home: 10 Revelations and Hints Tom Holland’s Film Makes About Avengers: EndGame, Captain Marvel and the Future of MCU (SPOILER ALERT).

He went on to explain that despite being signed on, it is the studio's final call whether or not to take the character forward and that it is not 'obligated to use him in subsequent films'.

In the same interview, Simmons also went on to recall how he landed the cameo in the first place. "It included a scene where the Green Goblin breaks through the windows and picks me up by the throat, lifts me up in the air, and is strangling me," revealed Simmons, saying that his audition was a 'nerve-wracking' one.

"I'm holding the script pages, reading the scene on the audition, but then at the same time, trying to…" (here he makes a hilariously cartoonish strangling noise) "…pretending I'm being lifted by the neck and choked," he concluded.

(The above story first appeared on LatestLY on May 30, 2020 09:32 PM IST. For more news and updates on politics, world, sports, entertainment and lifestyle, log on to our website latestly.com).