On the occasion of Robert Downey Jr's 56th birthday, let's look at his filmography and rank seven best films of the actor as per IMDB rating, in descending order. Mind you, five of them are from Marvel! 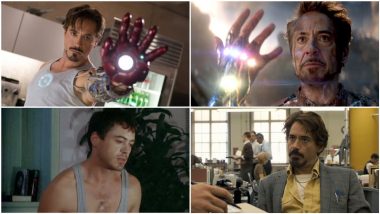 Even though you have done many roles and characters, sometimes it is hard to separate a character from an actor, for how he or she played that role so well. We will always know Marlon Brando as Don Corleone. We can't see any actor taking on Wolverine's claws than Hugh Jackman. And like Chris Evans once said of his Marvel Cinematic Universe co-star, Robert Downey Jr IS Tony Stark/Iron Man. It is nigh impossible to see a replacement there, unlike say a Batman, Superman or Spider-Man. Even if RDJ has hung his boots playing the character after Avengers: Endgame (though a little birdie says he has a cameo in the upcoming Black Widow movie). Robert Downey Jr Birthday: His Stylish Appearances That Are as Powerful as His Iron Man Suit!

While it is a great thing for an actor to create and maintain a huge legacy for a generation playing a character, sometimes it is difficult for a person to break out of it. It is curious to see how Robert Downey Jr's career would take him to post-Endgame, though the failure of Doolittle isn't a great sign. This is cruel, since Robert Downey Jr is a fantastic actor that goes beyond strutting himself as Stark, with two Oscar-nominated performances in Chaplin and Tropic Thunder and winning BAFTA for the former. His performances in films like Hearts and Soul, Natural Born Killers, Kiss Kiss Bang Bang, The Singing Detective, Zodiac et al show his immense range. Robert Downey Jr Birthday Special: From Chaplin to Tropic Thunder, 5 Best Movies of the Actor that You Need to Watch Right Away.

What's more he made the most impressive career-turnabout, from being this great actor doomed by stints of drug abuse and law-breaking to reforming himself and becoming the world's highest paid and most-loved star.

On the occasion of Robert Downey Jr's 56th birthday, let's look at his filmography and rank seven best films of the actor as per IMDB rating, in descending order. Mind you, five of them are from Marvel! 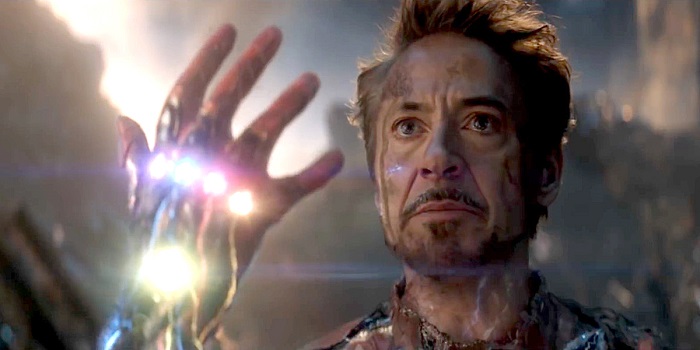 'I Love You, 3000!' that's what fans end up saying to Tony Stark as he gave up his life while dispatching off Thanos and his army. Avengers: Endgame, the highest-earning superhero film of all time, may have so many actors playing superheroes, but it is for RDJ that you ended up clapping for the hardest when the end-credits showed the roll-call. Also, how many of you still feel he should have been nominated for the Academy Award for his performance here? 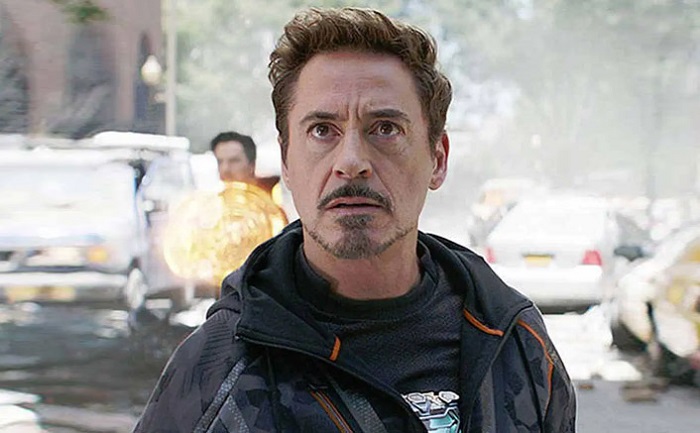 Of course, the first most audience-pleasing scene in the film in the Endgame-precursor was Tony Stark showing off his new nanotech-powered suit for the first time, while facing two of Thanos' acolytes. His verbal sparring with Star-Lord and Doctor Strange, and his bonding with Peter Parker/ Spider-Man made for some really great fun moments, while his grief at losing Parker is also one of the saddest. 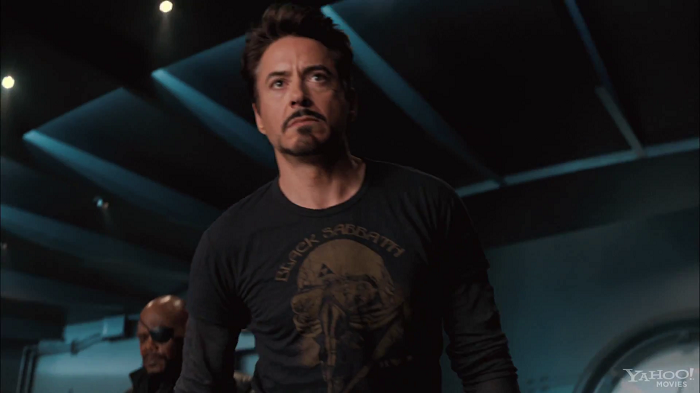 It was a great moment in superhero cinematic history when The Avengers came in cinemas in 2012 and became a smashing success, while cementing the fact that MCU is now a force to reckon with. The box office glory of the film prompted other studios to make their own franchises, though none could replicate the same kind of success that Marvel did. And to say, it all began because of our next entry... 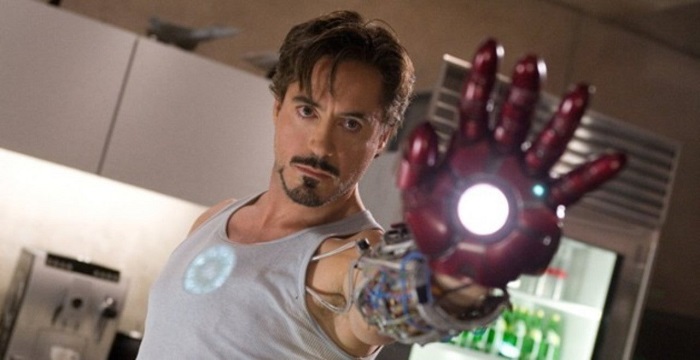 Who would have thought that a superhero, who is not Batman, Superman or Spider-Man, who was not even very likeable in the comics, would turn out to be the darling of the geeks worldwide? Who would have thought that an actor, considered almost washed out, would reinvent his career in such a way that there was no going back? Jon Favreau's film was a bundle of miracles, but its biggest success story is none other that Robert Downey Jr. Robert Downey Jr Birthday Special: 5 Reasons Why It Is Impossible to Recast the Iron Man of Our Generation Any Time Soon! 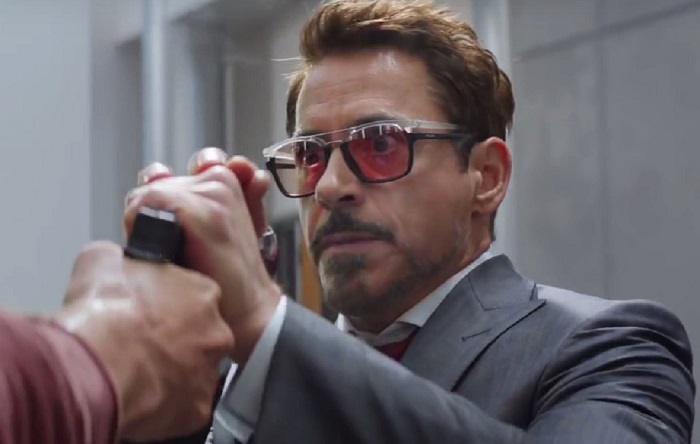 A personal fave of this writer when it come to MCU, Russo Bros' second foray into MCU may have Captain America's name on the title, but it is as much a story of Tony Stark as it is of the Cap. We see a more mature Stark trying to place his team in a more controlled space which leads to a rift in itself. RDJ, more restrained than usual, gives a great performance especially in the climax of the film when he learns a life-shattering revelation about the death of his parents. 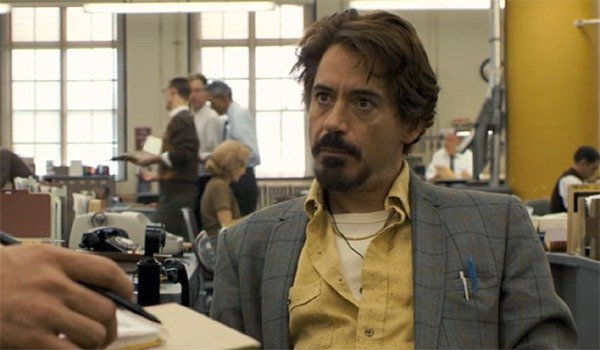 Finally, IMDB gives MCU a break and brings a non-Marvel movie to the rank of RDJ's top rated movies. David Fincher's Zodiac is a masterpiece, all right, and deserves a better rating than what it has now. It follows the investigations of three men into unravelling the identity of the real-life Zodiac Killer, and how it affects their own personal lives and careers. Even before The Avengers happened, RDJ, who plays alcoholic crime reporter Paul Avery, works with Mark Ruffalo, known for his role of Bruce Banner aka The Hulk in MCU. Interestingly, the film's main lead Jake Gyllenhaal played Stark's disgruntled ex-employee who turns a super-villain in Spider-Man: Far From Home. 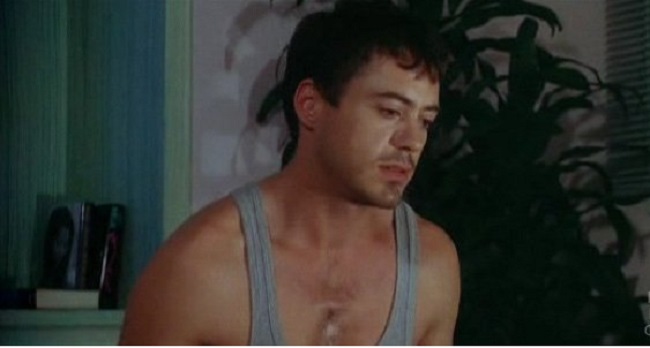 (The above story first appeared on LatestLY on Apr 04, 2021 10:51 AM IST. For more news and updates on politics, world, sports, entertainment and lifestyle, log on to our website latestly.com).