For the longest time fans thought that Parsons was just looking to move on when he quit The Big Bang Theory. However, producer Ryan Murphy recently revealed that he brought Parsons on-board for his Netflix miniseries titled Hollywood specifically so he could leave Sheldon behind. 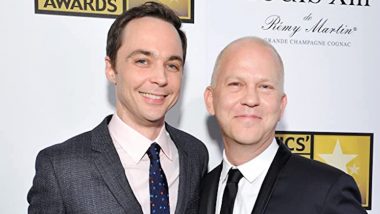 The character of Sheldon from CBS' The Big Bang Theory will always remain a strong highlight in Jim Parson's resume. It's hard to imagine anyone else in that role after watching him ace it for 12 seasons. However, as they say, all good things must come to an end, and so it did when Parsons decided to pull the plug last year when he spoke to series creator Chuck Lorre about it during the hiatus week of the twelfth season. With his exit, the long-running TV series also came to an end. It was previously reported that the network wanted to keep the show on the air for at least two more years, but Chuck was very clear that even if one member of the cast left the show then it would have to end.

For the longest time fans thought that Parsons was just looking to move on. However, producer Ryan Murphy recently revealed that he brought Parsons on-board for his Netflix miniseries titled Hollywood specifically so he could leave Sheldon behind. Jim slipped into the shoes of a morally corrupt talent agent, Henry Wilson for Hollywood. The character is a far cry from Sheldon, which is why Murphy thought that it's the perfect opportunity for Jim to show his fans something that they haven't seen before.

How on Earth did Henry get a hold of my fanfic?

"I call this Jim's Mary Tyler Moore moment. Jim is a brilliant actor and I think so many people just think of him as Sheldon. Mary Tyler Moore, when she finished her sitcom, went and did Ordinary People, America's sweetheart suddenly becoming America's villain. I just thought Jim would kill this part. He got to wear false teeth and a bald spot and he got to be (a character) he's never done. I think it was very liberating for him," Murphy told USA Today.

We cannot agree more! Jim got to spread his wings, thanks to Murphy, and prove that he is more than just Sheldon. In fact, even Jim agreed that playing Henry Wilson was a liberating experience for him. "I can only describe it as being a kid in the candy store as an actor. It offered me the opportunity to see how hungry I was to play something different," he said in an interview. If you are a fan of The Big Bang Theory and Parsons, then please watch him in Hollywood, in case you have missed it. You won't regret it.

(The above story first appeared on LatestLY on Jun 05, 2020 11:16 AM IST. For more news and updates on politics, world, sports, entertainment and lifestyle, log on to our website latestly.com).