Dhanush is one of the most sought after and one of the most loved actors of Indian Cinema. It has been confirmed that the superstar has joined the cast of Russo Brothers’ most expensive Netflix film ever titled The Gray Man! 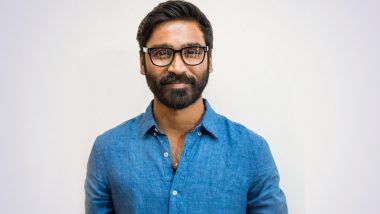 Dhanush is one of the most sought after and one of the most loved actors of Indian Cinema. The superstar who has done a few Hindi films, is predominantly known for his works in Tamil Cinema. While fans eagerly look forward to hear an update on his upcoming projects, here is a major one. One of the biggest news for all fans of Dhanush and all would be proud of him. Dhanush has joined the cast of Russo Brothers’ most expensive Netflix film ever! The Gray Man: Russo Bros to Direct Netflix’s Big-Budget Spy Film Starring Ryan Gosling and Chris Evans!

Avengers: Endgame writer-director duo – Russo Brothers (Anthony Russo and Joseph Russo) – are coming up with a spy thriller  titled The Gray Man and that includes an impressive star cast such as Chris Evans, Ryan Gosling and Ana de Armas and now Dhanush is also onboard for it. Besides Dhanush, it has also been confirmed that Jessica Henwick, Wagner Moura and Julia Butters have joined the cast. This big news has been shared by the streaming giant across social media platforms.

Dhanush Joins The Cast Of The Gray Man

THE GRAY MAN cast just got even better.

The Gray Man is based on the novel by Mark Greaney and is reportedly set at a massive budget of $200 million and will be bankrolled by their new content company AGBO. As per reports, The Gray Man revolves around the life of an ex-operative turned killer as he is pursued by an old colleague. Screenwriters, Stephen McFeely and Christopher Markus, who penned the script for Captain America and Avengers, have written the story for The Gray Man. Stay tuned for further updates!

(The above story first appeared on LatestLY on Dec 18, 2020 08:37 AM IST. For more news and updates on politics, world, sports, entertainment and lifestyle, log on to our website latestly.com).