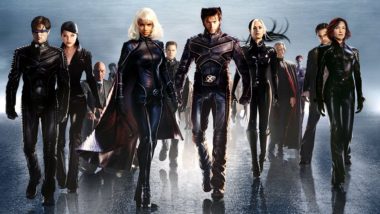 Filmmaker Bryan Singer has been middle of a scandal on social media. He has been accused of sexual misconduct for decades and now more details about it are cropping up on social. Another scandal was not something that the controversial singer was looking for, but it has come knocking on his door. The Hollywood Reporter ran a lengthy piece detailing Singer's problematic behaviours on the sets of the film X-Men 2 that came out in 2003. The reports says that the director was so problematic that the lead cast threatened to walk out of the film once. X-Men Completes 20 Years: 7 Best Scenes From the Hugh Jackman-Starrer That Spun a Successful Franchise (Watch Videos).

As per a report, Singer was under the influence of a narcotic substance on a particular day. The crew was not supposed to shoot any stunts that day, thus no action stunt coordinator was present on the sets. Bryan insisted that they shoot an action scene, which the cast did. This left Hugh Jackman, who played Logan/Wolverine, injured and bleeding on camera. Shirtless Hugh Jackman Fights a Toy Wolverine in This Throwback Video as X-Men Completes 20 Years.

Producer Tom DeSanto raised objections and was asked to leave the next day. Fox's executives took Singer's side. Now, as per the report, this prompted the main cast to walk up to Singer and threaten to leave the movie if DeSanto was fired. Halle Berry, who played superhero Storm, reportedly said to Singer, "You can kiss my Black ass." A representative of Singer denies this, saying, "nothing like that ever happened."

In December 2017, Fox fired Bryan from Bohemian Rhapsody after he did not show up on set to shoot multiple times. Brand Routh, star of Superman Returns, has also admitted that Singer was "difficult". Sophie Turner and Olivia Munn have called his on set behaviours abnormal and unpleasant.

(The above story first appeared on LatestLY on Aug 02, 2020 01:55 PM IST. For more news and updates on politics, world, sports, entertainment and lifestyle, log on to our website latestly.com).