As we get ready to bid adieu to 2021, here's taking a quick recap of celebrity couples who made some noise this year. 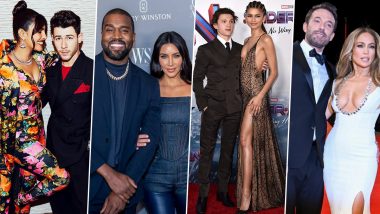 While the year 2021 witnessed several celebrity breakups like Gigi Hadid-Zayn Malik or Kim Kardashian-Kanye West, it also gave us some beautiful love stories to witness. With so many actors tying the knot in Bollywood (Varun Dhawan, Katrina Kaif, Vicky Kaushal, Yami Gautam, etc), Hollywood too wasn't far behind in churning out some romantic chapters that instantly warmed our hearts. But besides making headlines for their love stories, many couples grabbed eyeballs for several other reasons. And as we get ready to bid adieu to 2021, here's taking a quick recap of names that made some noise this year. Year Ender 2020: From Kobe Bryant to Diego Maradona, List of Sporting Legends Who Passed Away This Year.

The Spider-Man: No Way Home actors Tom Holland and Zendaya apparently started dating while they were filming Spider-Man: Homecoming. However, their dating stories were only confirmed recently when the duo was spotted kissing in his car in Los Angeles. And ever since fans and media have gotten hold of their pictures, there's no end to their "relationship timeline" stories. 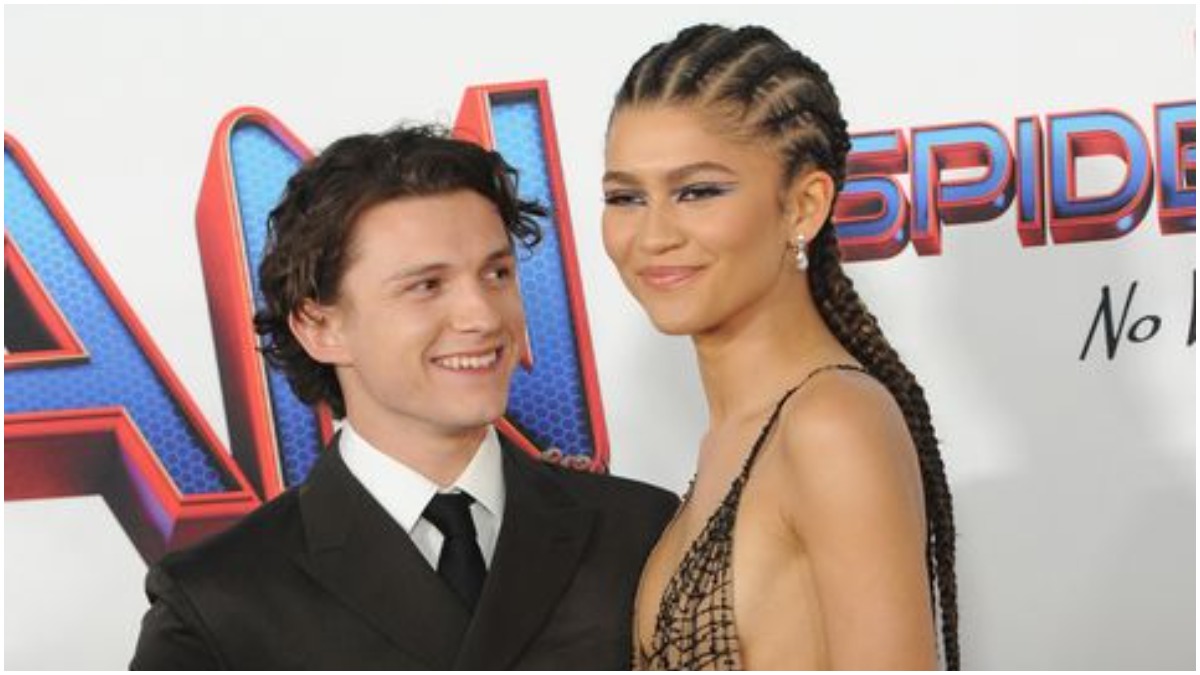 Well, at least one Jennifer was ready to rekindle her old romance. J Lo and Ben Affleck who were previously one of Hollywood's hottest couples set the internet on fire in 2021. Lopez, in fact, confirmed their relationship by sharing their kissing picture on her Instagram on her birthday. And that was it! While the media was already churning out stories about their rekindled romance, her affirmation only made things crazier and we mean in a good way. 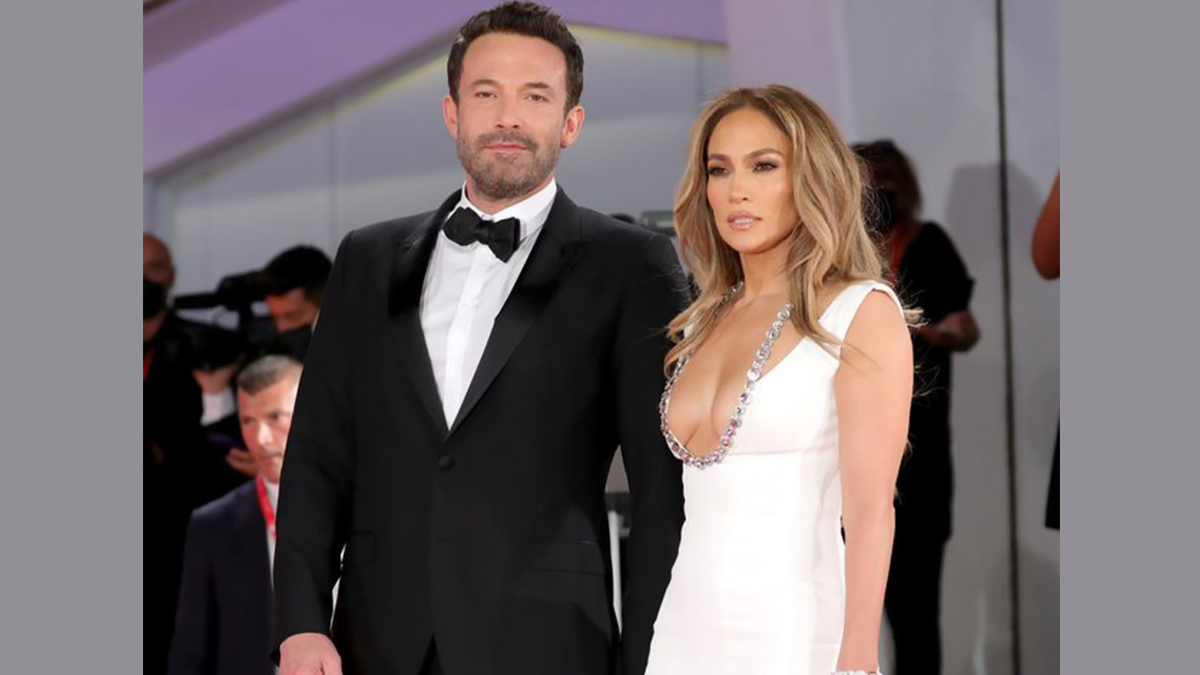 While their exit from the royal status wasn't enough, Meghan and Harry made headlines once again and this time for their explosive interview. In a candid chat with Oprah Winfrey, the former Duke and Duchess of Sussex went on to reveal their life inside the palace and how some of the royal family members were concerned about their unborn baby's skin colour. While the interview received all the hype, the couple's name continued to make headlines for weeks to come. 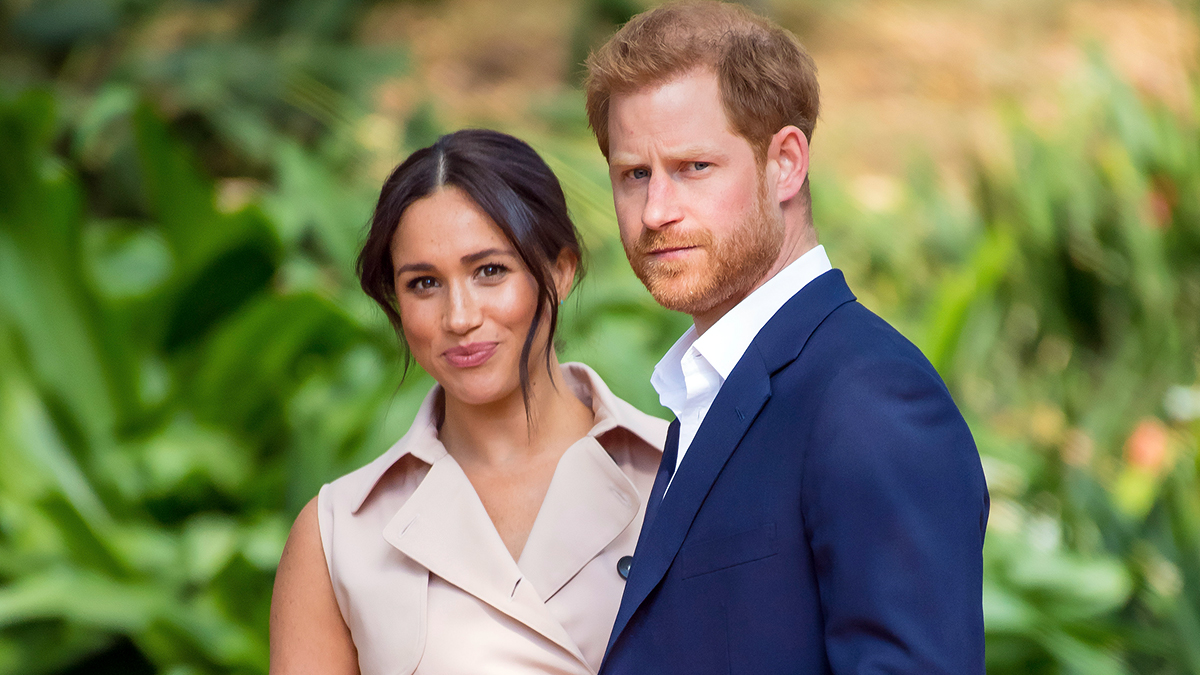 A mere decision can sometimes invite all the troubles. That's exactly what Priyanka must have felt when she decided to drop Jonas from her name on Instagram (she also dropped Chopra but who cares?). Fans instantly started speculating if the couple was heading for divorce or facing some turbulence in their relationship. Fortunately, PeeCee was quick to refute these stories by dropping some romantic comments on Nick's Instagram uploads. 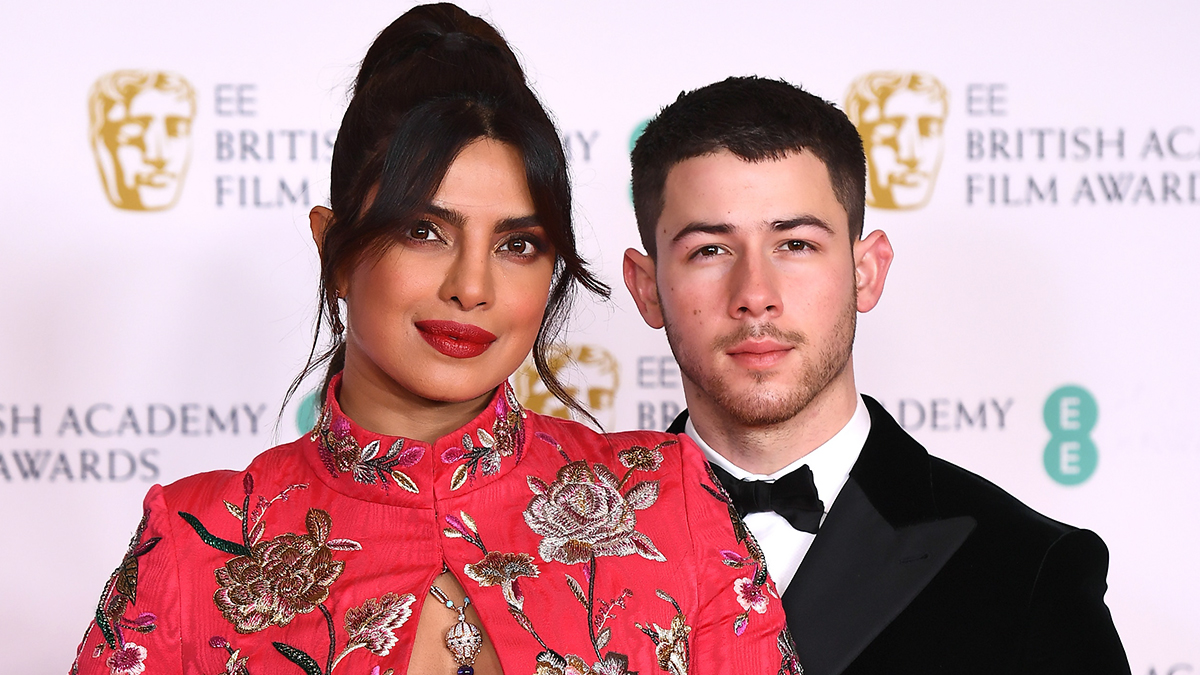 Kourtney Kardashian and Travis Barker's romance was all over the media. The couple is madly in love with each other and their PDA continues to make headlines, day in and day out. Well, all we can say is that she deserves every bit of this happiness. 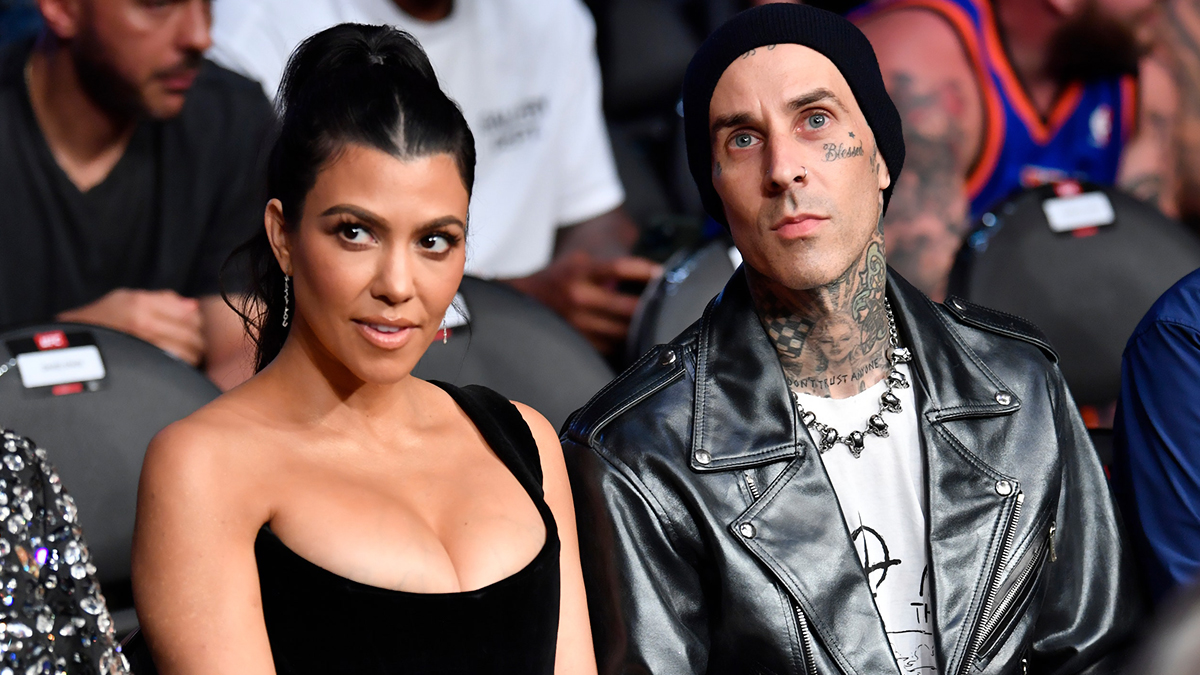 While one sister was falling in love, another one was falling out of it. Kim and Kanye announced their decision to part ways and she also filed for divorce in February this year. The couple was together for seven long years before they decided to go their separate ways. Hence, their breakup had to make headlines! Kim Kardashian 'Glad' to Have Ex Kanye West's Support During Saturday Night Live Hosting. 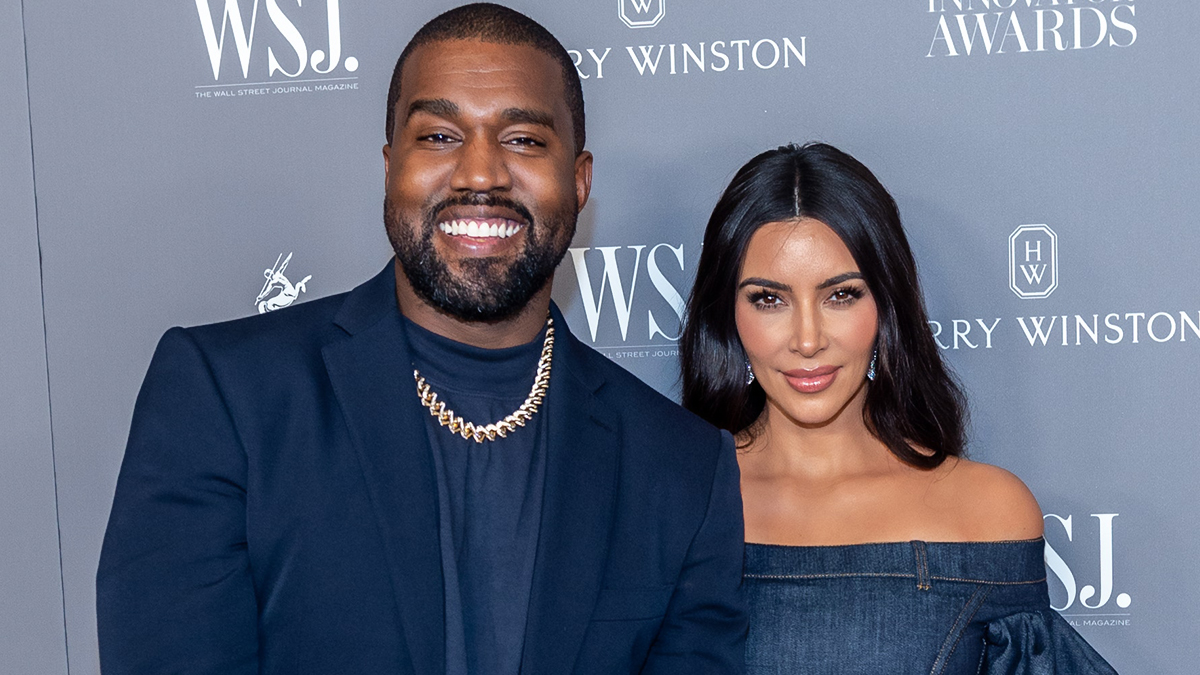 After years of on and off dating, Gigi Hadid and Zayn Malik finally called it quits in 2021. The couple who welcomed their first child, a daughter, Khai, decided to part ways after Malik allegedly had an argument with her mother, Yolanda Hadid. A source even suggested that Yolanda wanted to file a police report against him for striking her but Zayn denied all these allegations. A story that's as explosive as this had to make headlines and it certainly did. 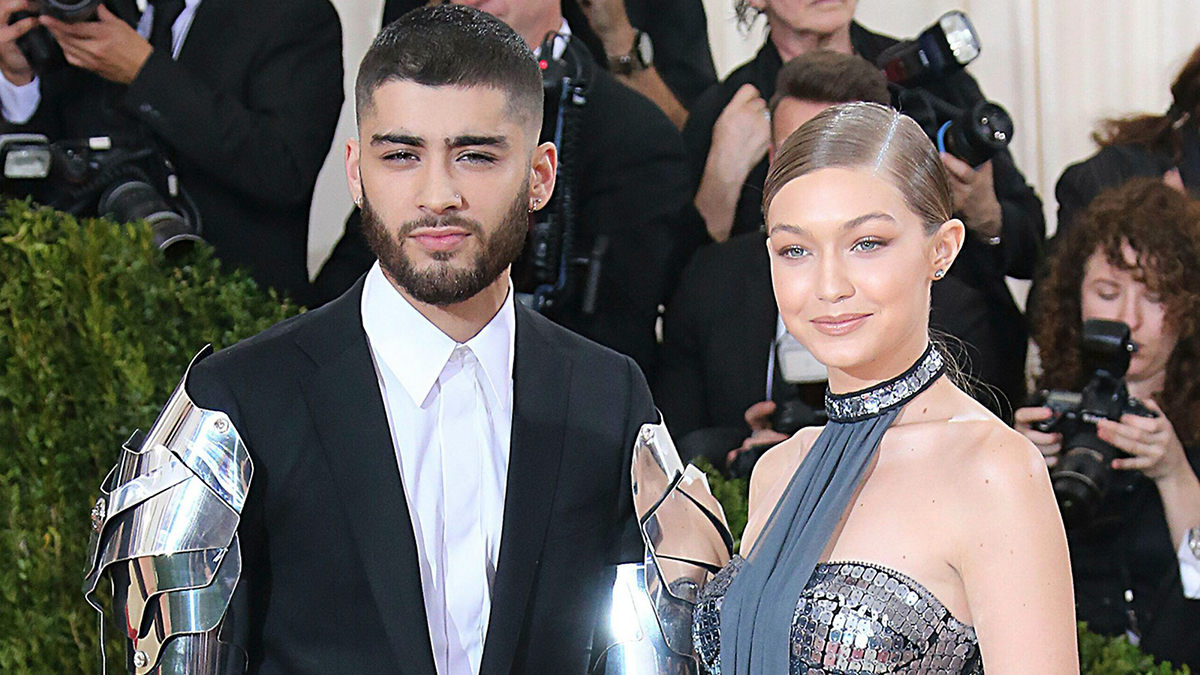 The Senorita couple was amongst the ones who decided to end their love affair in 2021. They released a joint statement suggesting that their decision is mutual and that they will continue to remain best of friends. Well, their fans were definitely shattered and so were we. 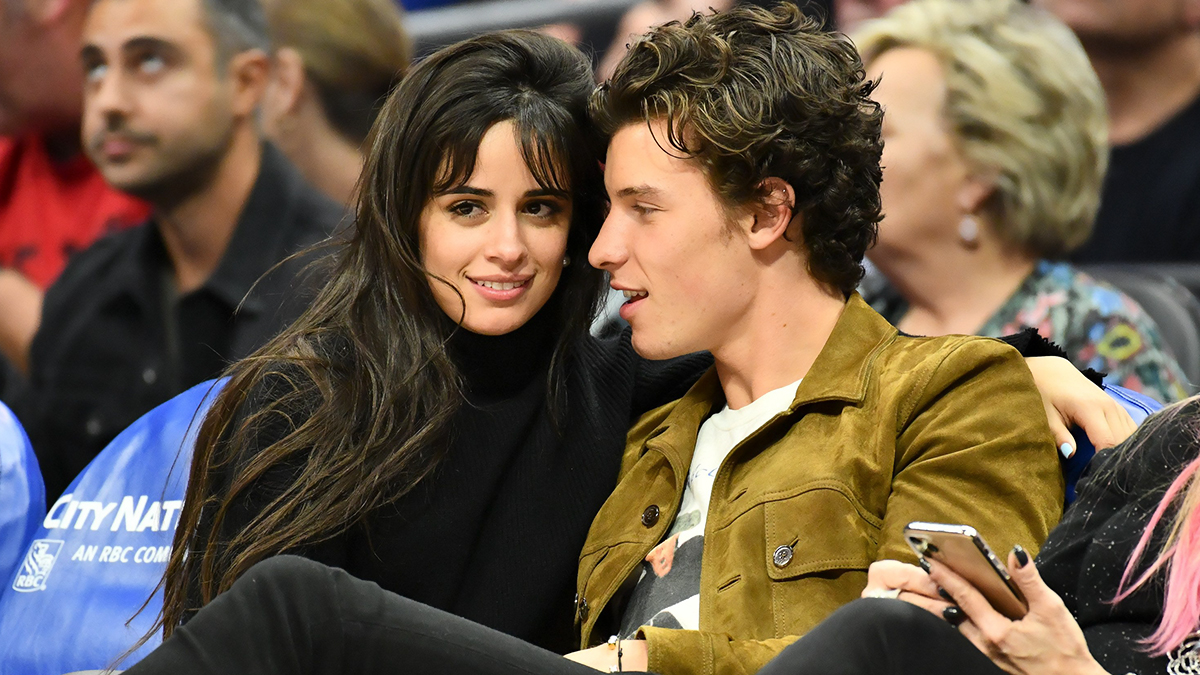 While we can't say 2021 was the worst year for celebrities, it wasn't very merry either. And while this is all in the past, all we can hope for is a better future. For us and these celebrities, who came together or parted ways. Here's sending some advance new year wishes to all our readers.

(The above story first appeared on LatestLY on Dec 17, 2021 12:43 PM IST. For more news and updates on politics, world, sports, entertainment and lifestyle, log on to our website latestly.com).