Despite the mixed reviews, Rajinkanth and Akshay Kumar's first movie together -2.0 has kicked-off on a great note. 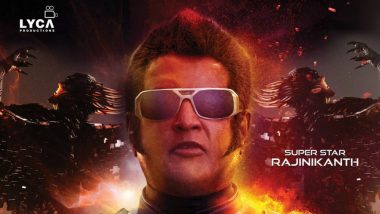 Despite the mixed reviews, Rajinkanth and Akshay Kumar's first movie together -2.0 has kicked-off on a great note. The film collected Rs. 20.25 crore on day one of its release and from the looks of it, 2.0 is only meant to soar higher. The second day figures of 2.0 are out and are shared by trade analyst Taran Aadarsh. In his tweet, he has mentioned that the film has managed to mint Rs. 18 crore on day 2. So that means, the total collections of both days goes up to Rs 38.25 crore.

Considering how popular and in- demand Akshay Kumar is in the North, the film's major collections are coming from there. Not to mention, Rajinkanth is a star in the South so it is kinda obvious that all Thailava fans are going to watch the movie irrespective of the reviews and word of mouth. 2.0 Box Office Collection Day 1: Rajinikanth- Akshay Kumar Starrer Takes off to a Flying Start, Hindi Version Earns Rs 20.25 Crore.

Earlier this morning, Ramesh Bala had shared the early estimate figures of the film.

Early Estimates for All-India Day 2 Nett is around ₹ 19 Crs..

While 2.0's Hindi version has gone off to a flying start, it is nowhere near the opening day figures of Aamir Khan's Thugs of Hindostan or Prabhas' Baahubali 2. Thugs of Hindostan had collected Rs 52.25 crore on its opening day, benefiting from the Diwali release and Aamir Khan's star-backing. It's another matter that the movie took a big stumble after that and ended in losses for its distributors, ending its domestic run below the Rs 150 crore mark. Let's see what the weekend has in store for 2.0.

(The above story first appeared on LatestLY on Dec 01, 2018 12:30 PM IST. For more news and updates on politics, world, sports, entertainment and lifestyle, log on to our website latestly.com).