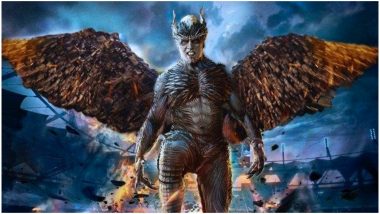 Can 2.0 be the next Baahubali 2? Or the next Thugs of Hindostan? Considered the most expensive movie made in India to date, 2.0 is riding high on big expectations and star power of Rajinikanth, Akshay Kumar and Amy Jackson, as well as the promise of some good special effects. But when it comes to content, 2.0 may not have got the high critical reception as the SS Rajamouli epic, it hasn't been as trolled as much as the Aamir Khan (which, to be honest, was quite unfair. TOH might be boring but it isn't as bad as some of the reviews claim it to be). 2.0 Movie Review: Rajinikanth and Akshay Kumar's Film is a 3-D Delight That Lags From Lowbrow Content Malware.

However, 2.0, directed by S Shankar, has got a very good response from the fans of both Rajinikanth and Akshay Kumar. Trade experts had already predicted that 2.0 will take off to a flying start at the box office. 2.0 has got a fantabulous response in South of India, and in the northern territories too. 2.0: 15 WTF Moments in Rajinikanth, Akshay Kumar and Amy Jackson's Film (SPOILER ALERT).

As per trade analyst Taran Adarsh, The Hindi dubbed version have gone on the earn Rs 20.25 crore.

Here's what our review has to say about 2.0 - "In 2.0's own slang, the film has a very good firmware and a dazzling body, but loses battery rapidly and shuts off frequently. While I am in awe at the movie's ambitions and congratulate the team for nearly pulling it off, I just wish that beautiful canvas had a Mona Lisa to show off!"

So are you happy with the box office response of 2.0? Share your thoughts in the comments section below.

(The above story first appeared on LatestLY on Nov 30, 2018 12:33 PM IST. For more news and updates on politics, world, sports, entertainment and lifestyle, log on to our website latestly.com).