Sivakarthikeyan Turns A Year Older Today! Anirudh Ravichander, Radikaa Sarathkumar and Others Wish the Actor on His 35th Birthday 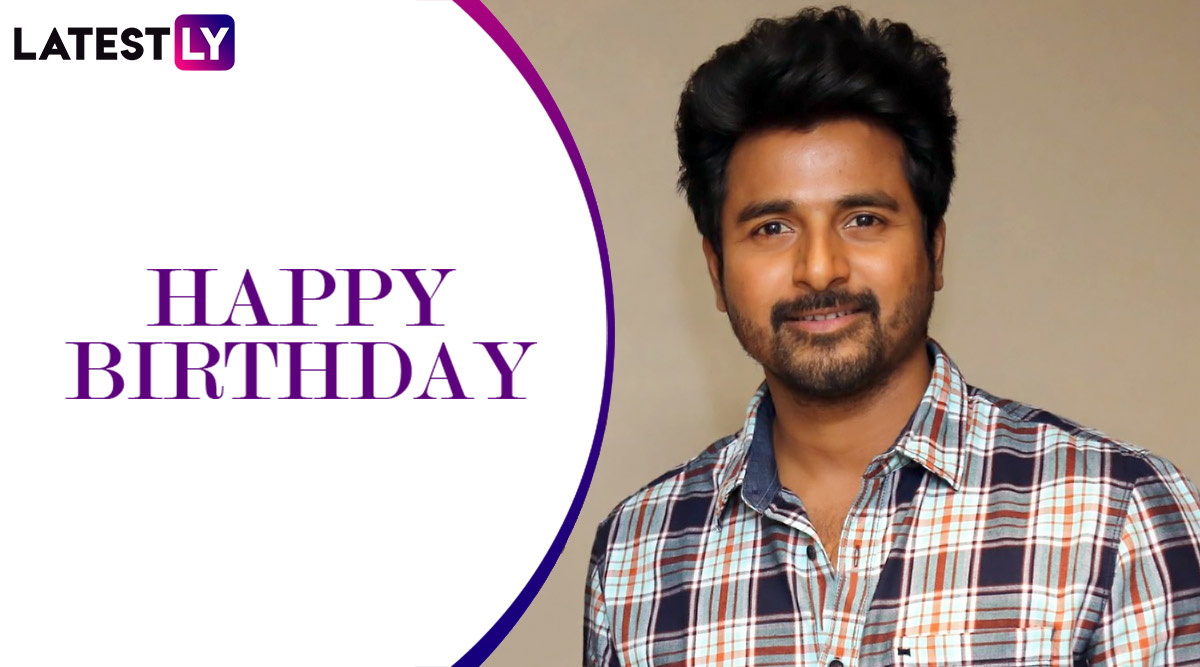 Happy Birthday to one of the most amazing actors of Kollywood, Sivakarthikeyan. The handsome hunk celebrates his 35th birthday today and his fans across the country are showering him with best wishes on social media platforms. While fans are showering him with heaps of love, the actor has one amazing treat for his fans today. He would be releasing the first look of his upcoming flick Doctor today. And this indeed is the best treat for all his fans! The first look of Doctor would be unveiled at 11.03am today. Zee Cine Awards Tamil 2020 Winners List: Vijay Sethupathi’s Super Deluxe, Karthi’s Kaithi, Sivakarthikeyan’s Kanaa Win Big!

Sivakarthikeyan started his career as a television presenter. It was in 2012 that he made his debut in Tamil cinema with the film Marina, helmed by Pandiraj. In a short span of time, Siva (as he is fondly called), became one of the leading heroes of Kollywood. Talking about the wishes, singer and music composer Anirudh Ravichander, Radikaa Sarathkumar, Anjana Rangan and many of his fans have wished Sivakarthikeyan on Twitter. Let’s take a look at the posts shared by celebs and fans for Siva. Hero Movie Review: Critics and Fans Laud Sivakarthikeyan’s Superhero Story!

Happy birthday my cutie @Siva_Kartikeyan ! We all love you for who you are :) Onwards and upwards always 🤗 pic.twitter.com/kyffba3ND9

The only picture i have of us😂 happy happy birthday ⁦@Siva_Kartikeyan⁩ ! ❤️ let this year give you loads of love and happiness and ofcourse success! pic.twitter.com/a5jQODrbmR

Wishing the ever charming, energetic and multi-talented @Siva_Kartikeyan a very Happy birthday! 🥳

Looking forward to the amazing lineup we have with you 😃#Doctor #Ayalaan #Hero pic.twitter.com/bkeZZ9xehO

#HBDSivaKarthikeyan Happy birthday to one of the fine entertainers with a great fan following @Siva_Kartikeyan ji. Wishing him a wonderful year ahead 🎂💐💐💐🌹 pic.twitter.com/ud9PIdjlIa

With regards to his film Doctor, Sivakarthikeyan would reportedly be seen in a completely different avatar. He has apparently shed few kilos for this film. He has one more project in his kitty, Ayalaan, in which Siva is said to be portraying three different avatars. Here’s wishing the actor all the love and luck! Happy Birthday, Sivakarthikeyan!