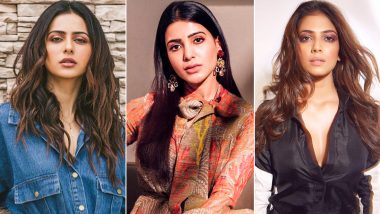 The news of death of father-son duo in Tuticorin due to police brutality has sent shockwaves in the nation. It has been reported that Jayaraj, 59, and his son Bennix, 31, were allegedly brutalised by the Sathankulam police after the duo failed to shut their mobile shop before the permitted time. The custodial deaths of the father-son have angered netizens who have been trending #JusticeforJayarajandBennicks on social media. Celebrities too have condemned this incident. While Bollywood actress Priyanka Chopra took to Twitter to share a post relating to the same and called for justice, there are several South celebs who also took to social media to condemn this news. Priyanka Chopra Condemns Tuticorin Custodial Deaths, Says 'We Need To Use Our Collective Voices To Seek #Justiceforjayarajandbennicks'.

Actors such as Samantha Akkineni, Kajal Aggarwal and others took to social media to express shock over this incident. Master actress, Malavika Mohanan took to Twitter to react to the same and wrote, " "Horrified and numb to hear what has happened with Jayaraj and Fenix in Thoothukudi!!! This sort of brutality by the police is inhuman beyond words!!!" While prominent personalities are reacting to this incident, Tamil Nadu government has announced Rs 10 lakh solatium to Jayaraj and Bennicks's families and promised government jobs for them. Check out celebrity posts reacting to the shocking incident. Tuticorin Custodial Deaths: DMK MP Kanimozhi Writes to NHRC, Meets Bereaved Family to Hand Over Rs 25 Lakh Cheque.

Horrified and numb to hear what has happened with Jayaraj and Fenix in Thoothukudi!!! This sort of brutality by the police is inhuman beyond words!!! #JusticeForJeyarajAndFenix 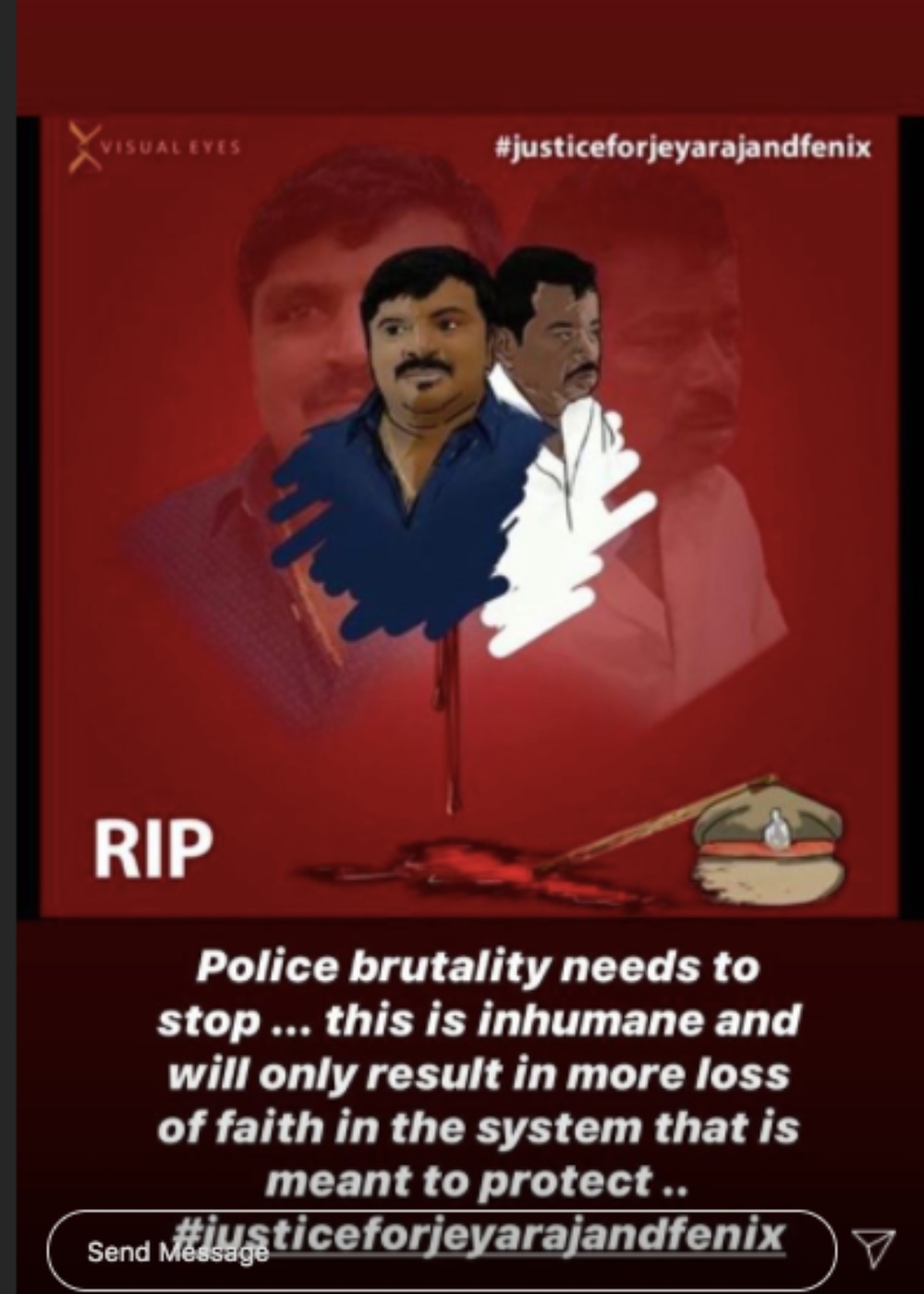 The Tuticorin incident is horrific and unacceptable. The case has to be probed again and justice needs to be served.#JusticeForJayarajAndFenix

This is gut wrenching,sickening and intolerable.Cannot seem to fathom how we as a society are so sick in the head.We have to raise our voice NOW.Stand in support of #JayarajandFenix #JusticeForJeyarajAndFenix cannot imagine the sorrow of the family.Heartfelt grief and condolence pic.twitter.com/JGA4cXwGFP

This is heartbreaking .I am disgusted. This kind of brutality is inhuman and no one has the right to treat another life in this manner .Makes me sick to the stomach. Strength to the family members of the deceased .This should not be tolerated. I demand #JusticeforJayarajAndFenix https://t.co/pPwC2ME8Vr

In an incident of police brutality, recently an African-American man in US, George Floyd died and in the light of his death, the country has gone into an uproar with massive support coming in for the Black Lives Matter movement as people have taken to the streets against systematic racism.

(The above story first appeared on LatestLY on Jun 27, 2020 11:22 AM IST. For more news and updates on politics, world, sports, entertainment and lifestyle, log on to our website latestly.com).