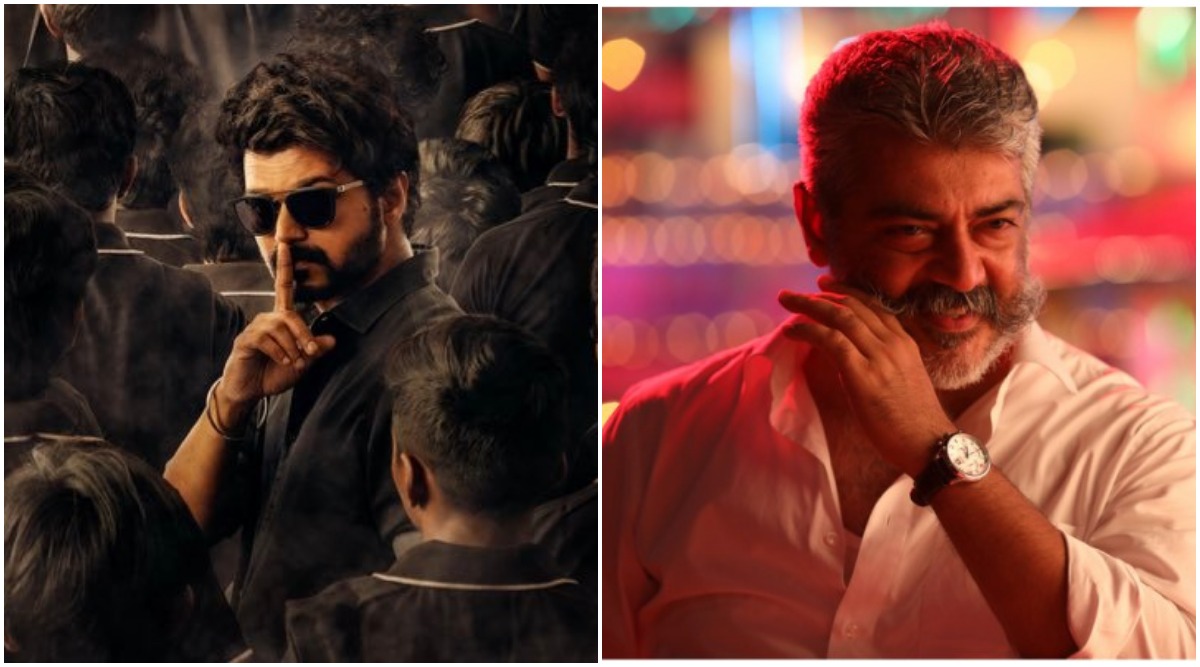 The war between Thalapathy Vijay and Thala Ajith’s fans seems to be never ending. Both the actors have fans across the globe, and these fans have often extended support. Be it any update, the fans clubs using some impactful hashtags and get it trending on top on the micro-blogging site. Thala Ajith and Thalapathy Vijay’s fans often indulge in the battle to prove which actor is best and who rules Kollywood. Once again Thala Ajith’s fan clubs have targeted Thalapathy Vijay and this time the hashtag being used against the actor is #VijaySpreadsNegativity. The War Is between Vijay and Ajith Fans! Twitterati Use Vadivelu’s Pics and Trend #VanduMuruganAJITH.

Yes, the trend ‘Vijay Spreads Negativity’ is the hashtag been used by Thala Ajith’s fans. These fan clubs claim that Vijay is the one who spreads negativity through his works. Fans of Ajith have shared the list of tracks from Vijay’s upcoming flick Master and have highlighted the song “Tharudhala Kadharuna”, and have started this trend citing Vijay attacks Ajith through his songs. Also, this trend started right before the audio launch of Master, which is happening today in Chennai. Take a look at the posts shared by Thala Ajith’s fans against fans.

It's A Song From Master

#தருதல_கதறுனா will be the most disliked song 🔥

But in reality , he is the one who spreads negativity 😂, especially about THALA AJITH .@actorvijay THAYOLI DEI .#Valimai pic.twitter.com/HS8S6BHdaK

Could That Be True?

But in reality spreads Negativity by directly attacking #Thala in his song 😑#VijaySpreadsNegativity#Valimai pic.twitter.com/LwfR6pVGaM

Will This Battle End?

This is not the first time that Vijay and Ajith’s fans have pitted against each other. Both the actors have urged their fans in the past not to get engaged in such ugly fights. However, this battle between the two fan clubs just doesn’t seem to stop.