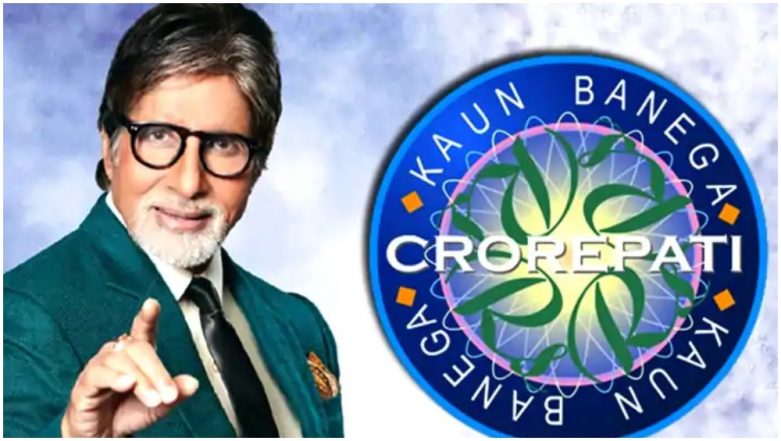 Kaun Banega Crorepati, one of the most popular and much-awaited reality shows of India, is all set to return with its 11th season and so is Bollywood superstar Amitabh Bachchan, who will be seen hosting the game show. The channel (Sony Entertainment) recently released a short video of host Amitabh explaining the process to register and participate in the show and fans can't wait for their favourite quiz show to be aired already. While the game show will kick off in August, the promo of KBC 11 has been shot, getting us all excited about it. Kaun Banega Crorepati 11: Here’s The First Question of Amitabh Bachchan’s Quiz Show and How To Answer It

Amitabh Bachchan, who is currently busy shooting for his upcoming film Gulabo Sitabo, helmed by Shoojit Sircar, in Lucknow, shot a promo for his popular TV show, Kaun Banega Crorepati in the city. The actor is definitely proving to be not just a hardworking man but is also, acing the balancing game between her different projects. As Amitabh, who couldn't find time off his busy schedule to come down to Mumbai to shoot for the promo, on Monday (July 2), the crew decided to take the first available flight to the city and shot the promo, reported Mid-Day. Kaun Banega Crorepati 11 Registrations Begin Tomorrow: Here are 6 Steps to Seal Your Place on the Hot Seat Opposite Amitabh Bachchan

The tabloid quoted a source as saying, "The initial plan was to shoot the promo at Film City. But when the channel and the producers realised that Big B could not take time off from the Lucknow leg, they decided to take the first available flight to the city. The promo was shot on Monday. It is a light-hearted concept that sees Bachchan share the frame with a Lucknow-based contestant and several locals." The teaser shot in Lucknow will be aired by July 6. Amitabh Bachchan’s Kaun Banega Crorepati 11 to Replace Ladies Special, Will Premiere in August

On the professional front, the 76 years old Amitabh Bachchan, who was last seen in Badla alongside Taapsee Pannu, will next be seen in Brahmastra with Ranbir Kapoor, Alia Bhatt, Mouni Roy and Akkineni Nagarjuna. Helmed by Ayan Mukerji, the film is slated for Christmas 2019 release. Watch this space for further updates.