Anu Malik Returns to Small Screen With This Reality Show Despite #MeToo Allegations?

Anu Malik, who had to step down as a judge from Indian Idol in October 2018, after his name surfaced in the #MeToo movement, will soon be back on the small screen. According to a report in Times of India, Anu Malik will be seen on the music reality show, Superstar Singer. However, Malik will not be seen as a judge on the show but as a guest. 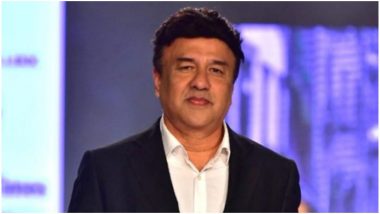 The year 2018 saw the rise of the #MeToo movement in India and inspired by this global campaign against sexual harassment and assault, several women across the globe came forward to talk about the gut-wrenching experience of sexual abuse and assault they had been subject to at work, naming their alleged perpetrators. While it began in October with former Bollywood actress accused Nana Patekar of sexually harassing her while shooting for the 2008 film Horn Ok Please, last year, singers Shweta Pandit and Sona Mohapatra accused former Indian Idol judge Anu Malik of sexual harassment. And later two other budding singers also levelled similar allegations against him. Anu Malik Banned at Yash Raj Studios Following #MeToo Allegations?

Following this, the composer quit as the judge of the show back in 2018. He issued a statement, which read, "I, Anu Malik, have decided to take a break from Indian Idol as I am currently unable to focus on my work, my music and the show." Amidst this, there were reports which suggested that Anu Malik will return as a judge on the singing reality show Indian Idol for its next season, disappointing a lot of people. However, now the latest we hear is that Malik might return to the small screen soon. BREAKING! #MeToo Accused Anu Malik to Return to Indian Idol After Battling Allegations of Sexual Misconduct

Yes, you read that right! According to a report in Times of India, Anu Malik will be seen on the music reality show, Superstar Singer. However, Malik will not be seen as judge on the show but as a guest. Reportedly, Malik will come to the sets of Superstar Singer with lyricist Sameer. The website quoted a source as saying, "He will make an appearance along with lyricist Sameer in an episode dedicated to the songs composed and written by them." Sona Mohapatra Slams Yash Raj Films for Falsely Claiming that Anu Malik is Banned from Entering its Premises after #MeToo Controversy

Meanwhile, the #MeToo movement in India has gathered momentum since it broke on social media with names from the media, film, and entertainment industries being called out. Prominent names like Rajat Kapoor, Vikas Bahl, Zulfi Syed, Sajid Khan, Kailash Kher, Subhash Kapoor, Subhash Ghai, Alok Nath, among others were named and shamed for their sexual misconduct. Watch this space for further updates.

(The above story first appeared on LatestLY on Jul 23, 2019 11:17 AM IST. For more news and updates on politics, world, sports, entertainment and lifestyle, log on to our website latestly.com).