Following the allegations, Anu Malik had been removed as one of the judges on Sony Entertainment Television's Indian Idol, a show that he had been involved in right from the start. 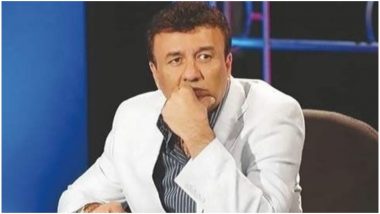 They say the memory of the public is short, and going by how the raging fire of #MeToo has been hushed down, what else can we say! The #MeToo movement made its way into Indian social media a few months, and brought some very popular movie celebs in an unpleasant spotlight. Anu Malik, the famed composer who has worked in many Bollywood movies, was accused of sexual misconduct by four female singers, including Shweta Pandit and Sona Mohapatra. Anu Malik's Sexual Misconduct: Nephew Amaal Malik Doesn't Mince Words; Makes Brave Statements-Deets Inside!

Following the allegations, Anu Malik had been removed as one of the judges on Sony Entertainment Television's Indian Idol, a show that he had been involved in right from the start. This decision was made back in October 2018. However, as per sources close to the show, it looks like Anu Malik would be returning as the judge once again on Indian Idol as the judge. The showrunners are reportedly on the verge of finalising the deal with the Judwaa composer.

When Anu Malik had been booted out from the show, the channel gave this statement to media - "Anu Malik is no longer a part of Indian Idol jury panel. The show will continue its planned schedule and we will invite some of the biggest names in Indian music as guests to join Vishal (Dadlani) and Neha (Kakkar) to judge extraordinary talents of Indian Idol Season 10."

With this new (rumoured) development, we wonder what Malik's alleged victims have to say on the channel's stance. Watch this space for more updates on this story. #MeToo in Bollywood: Every Word Said And Written About Anu Malik is TRUE Says Alisha Chinai.

In the meanwhile, Alok Nath, another big name embroiled in the #MeToo controversy, has been recently seen in a supporting role in De De Pyaar De. When lead star Ajay Devgn was asked about this, he merely said that it was unaffordable for the team to reshoot Alok Nath's portions.

(The above story first appeared on LatestLY on May 28, 2019 08:17 PM IST. For more news and updates on politics, world, sports, entertainment and lifestyle, log on to our website latestly.com).