Bigg Boss 13: Here's How Paras Chhabra Became the Ranveer Singh of the House This Season! 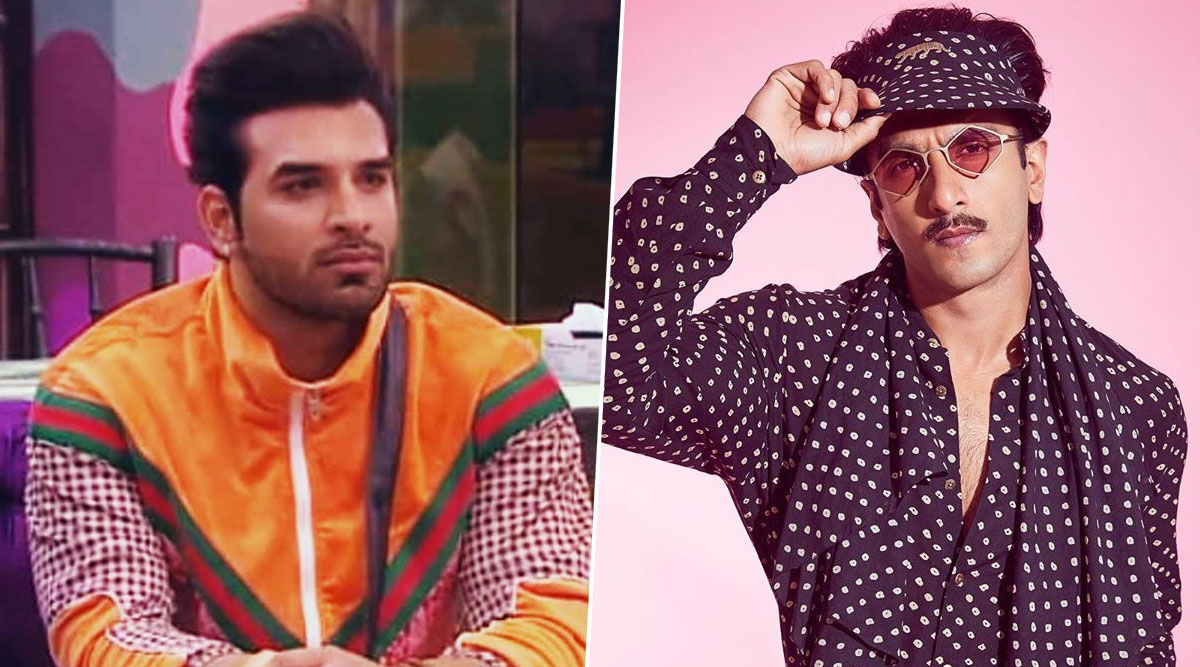 One of the most-talked the reality shows, Bigg Boss 13 is all set to wrap up soon. The big finale is all set to take place on and February 15. It's going to be an exciting finale and fans are already enjoying the guessing game on who will take home the winning trophy. The contestants who will be a part of the finale are Sidharth Shukla, Asim Riaz, Rashami Desai and Shehnaaz Gill. Social media is divided over who'll seal their place as the winner of the 13th season and it is certainly going be an interesting night. But, before that, it's time we remind you all the crazy things that happened this season, for example, Paras Chhabra's fashion sense. Bigg Boss 13: 5 Super-Stylish Jackets of Salman Khan From This Season Which Need Your Attention Right Away!

If you happened to follow the show, we bet you found some similarity between Paras and Ranveer Singh's fashion choices. Yes, both seem to like dramatic outfits, especially those that are colourful and have big prints. Ranveer Singh is known for his avant-garde fashion and now Paras may have achieved the same status with his reality show stint. Here's looking at this most Ranveer-esque outfits.

Just like Ranveer loves his polka dots, it looks like Paras is into Cheetah prints. Who can forget this look from the show where Chhabra was seen sporting this animal print jacket along with black pants on the show.

2. Elephant Printed Pyjamas are a Thing!

We bet looking at this outfit of Chhabra, you certainly thought, yes, Ranveer Singh could definitely have sported that. Like we said, earlier, Paras seems to have a liking for animal prints!

Difference between ANGER & HATERED : Holding anger is a poison. It eats you from inside. We think that hating is a weapon that attacks the person who harmed us. But hatred is a curved blade. And the harm we do, we do to ourselves. #WeLoveParas #bb13 #biggboss13 #kbye #ootd @colorstv @endemolshineind Outfit: @swagboutique_forhim Styled by: @stylebytaashvi

Paras decided to go all out with this outfit as he not only chose printed pants but also clubbed it with a bright yellow jumper. We are not sure how to not get distracted by this chaotic outfit. Bigg Boss 13: 5 Times When Salman Khan Screamed and Yelled at Housemates for Their Wrongdoings on the Reality Show.

Not long ago, we had seen Ranveer Singh sport an eye-catchy neon green suit and looks like that was the inspiration for Paras Chhabra when he chose to wear this in the house. Although after watching his strange choices over the months, we are not surprised by this one!

We are sure Ranveer Singh was following Bigg Boss, he probably contacted Paras Chhabra to ask where he got his colourful, printed, nightwear from! This jumpsuit definitely gives us Ranveer Singh, hell even Karan Johar feels with its dramatic print.

Bigg Boss 13 has been way different compared to other seasons. Not only did the season have some of the biggest fights but it also got an extension. Let's see how this season ends and who ends up taking home the trophy!