Bigg Boss 13: 5 Super-Stylish Jackets of Salman Khan From This Season Which Need Your Attention Right Away! 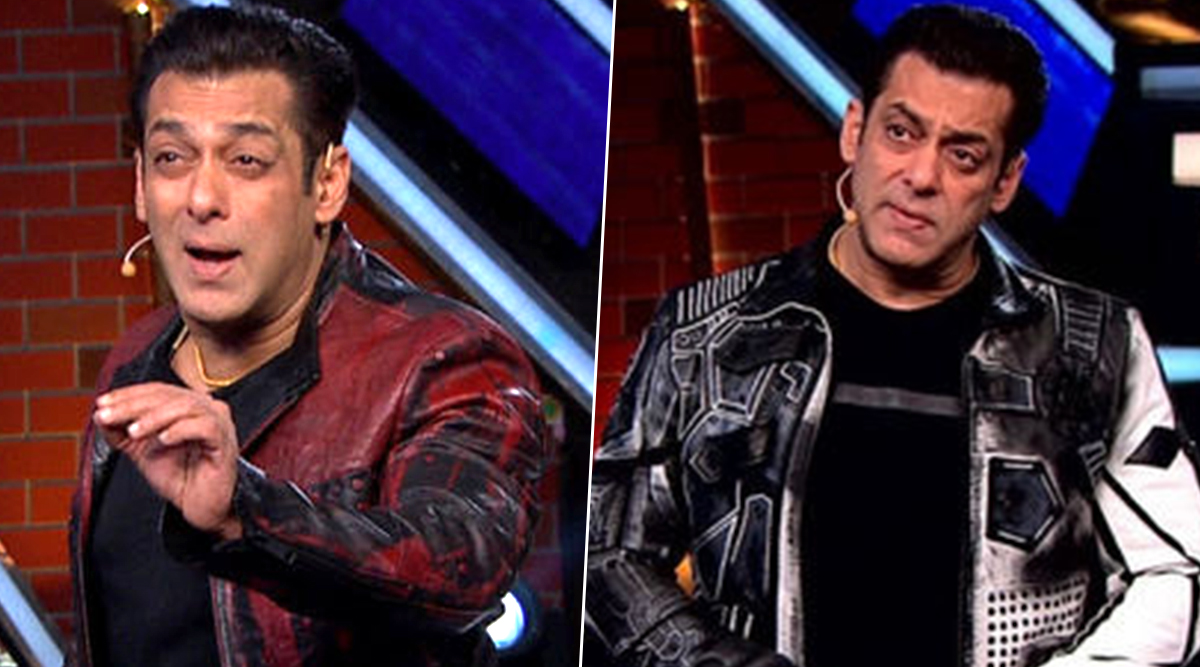 Bigg Boss 13 season is just a few days away from its finale event. Throughout the season, the loyal fanbase of the housemates kept on rooting for their favourite contestants. However, what everyone who unanimously roots for is the superstar host, Salman Khan! One cannot simply imagine the reality show going on air without the Bollywood actor and his swagger hosting. However, it is not just hosting but his style that has captured everyone's attention. Bigg Boss 13: 5 Times When Salman Khan Screamed and Yelled at Housemates for Their Wrongdoings on the Reality Show.

Bigg Boss 13 was no different from the previous ones. The Weekend Ka Vaar episodes that are usually aired on Saturdays and Sundays are like a treat for the BB fans. Apart from the schooling done by Dabangg Khan, the actor also set some serious fashion goals. Or should we just say 'jacket goals?' Here are some of the classiest and coolest jackets donned by star-host!

Black and leather is the perfect combination to go safe and stylish with the look. Those who have followed the actor for a long time will instantly know that that is his go-to statement.

Salman Khan has the knack of carrying some risky colours like brown and grays without making them look tad boring. This one is one fine example of the same!

The Black and Wine Jacket-

This combo itself can go wrong in so many ways, especially with the mix match print like that. No brownie points for guessing that the hunk pulled it off like no one's business.

The Cool Black and White Jacket-

Yes, there are a lot of blacks in the list but then why not? This jacket that has a blend of black and white gives a metallic feels with buttons and multiple pockets making him look so cool!

SK is the perfect example of how to use black in various ways! This dark jacket that has a bit of a sporty look is a must-have in the wardrobe of those who are serious about fashion!

These were some of the perfect looks carried by the Bollywood star, Salman Khan with utter perfection. His this style is what makes him one of the most loved hosts in the TV industry. Which one is your favourite?