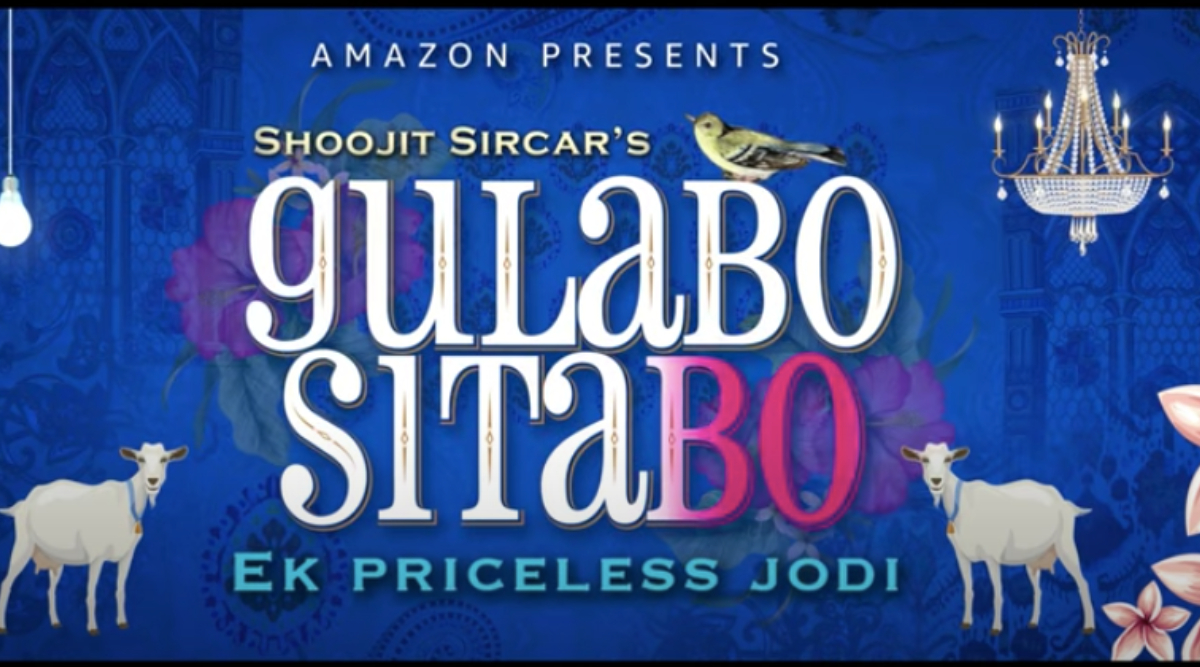 With the coronavirus pandemic, several things have changed including the fact that Bollywood films are now going for a straight to digital platform release. Theatres have been shut due to the pandemic since the past two months in India and may continue to do so for a while. The difficult decision of going for an OTT release instead of waiting for a theatrical one was taken by director Shoojit Sircar for his upcoming film Gulabo Sitabo and he's one of the first ones to do so. The film starring Ayushmann Khurrana and Amitabh Bachchan in lead roles is all set to release on Amazon Prime Video. Confirmed! Amitabh and Ayushmann's Gulabo Sitabo Becomes First Bollywood Release to Hit OTT Platform Amid the Lockdown.

After making the big announcement, the makers have now released a motion logo video of the film along with its streaming date. The logo introduces us to the cast and also the setting of the film which is Chandni Chowk in Delhi. The film's title itself suggests Gulaabo Sitaabo as a 'priceless jodi' and well, we certainly can't wait to see the 'jodi' of Big B and Ayushmann soon. Akshay Kumar's Laxmmi Bomb To Release On Disney+ Hotstar Instead Of Theatres? Fans Are Extremely Upset About It.

Check Out the Logo Video Here:

Gulabo Sitabo will be a slice of life comedy about Amitabh Bachchan's character who is shown to be a landlord whereas Khurrana's character will be his tenant. The film will be Amazon Prime's first big local movie acquisition and it will be streaming across 200 countries worldwide after its release. The film is all set to stream on June 12.