Chunky Pandey believes Kunal Kemmu's upcoming series, Abhay 2 is his digital debut but we'll like to brush up his memory a little. 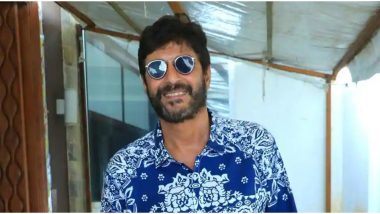 OTT is the new exciting space to be in and Chunky Pandey is very thrilled for his next digital outing. Yes, we are saying next for Abhay 2 is not the actor's digital debut. Though many reports carried the announcement saying Chunky Pandey is looking forward to venturing into digital space with Kunal Kemmu's Abhay 2, the fact is that he made his debut in 2019 itself. For the unaware, Pandey starred in Baby Come Naa, an ALTBalaji series with Shreyas Talpade. Abhay 2 Promo Out: Ram Kapoor Is The Surprise Element and Star Attraction Of This Web-Series (Watch Video).

When Chunky in his recent interaction with Indian Express was asked about his upcoming out, the actor revealed his excitement about playing a cannibal while also mentioning how his digital debut is in a very exciting space. Now chances are the actor either forgot about his earlier outing or prefered erasing it from his memory for obvious reasons. He played the role of Baburao Lele, a plumber who keeps appearing in different episodes of Baby Come Naa. Chunky Panday Shares His Thoughts On Nepotism, Reveals That He Has Not Forced His Daughter Ananya Panday To Get Into Films.

Check Out His Interview

(The above story first appeared on LatestLY on Aug 12, 2020 10:13 PM IST. For more news and updates on politics, world, sports, entertainment and lifestyle, log on to our website latestly.com).