Sacred Games 2: Pankaj Tripathi Has a 11-Minutes Long Monologue and We Can’t Wait to Watch It 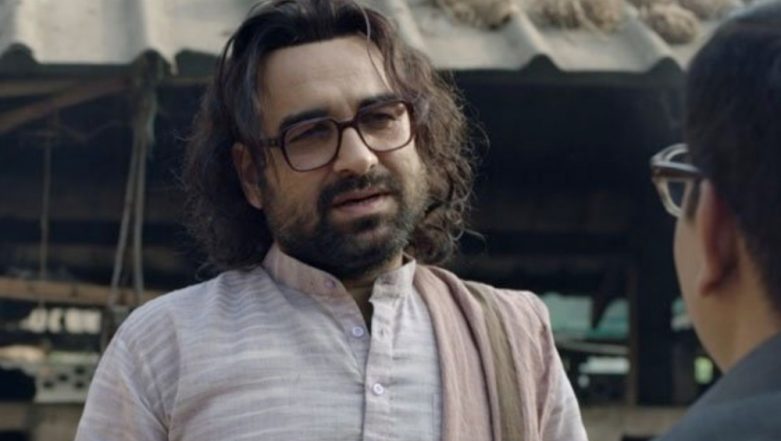 Mumbai: Actor Pankaj Tripathi delivered a monologue that ran over 11 minutes in one take in the second season of Sacred Games. He calls it one of the most challenging sequences he has ever done. In the second season of the Netflix hit, Pankaj will be seen as the elusive Guruji, who is also known as Ganesh Gaitonde's ‘teesra baap'. Sacred Games 2: Aamir Khan Had A LOT Of Questions For Saif Ali Khan And So Do We!

"While filming a particular scene in Sacred Games 2, I was required to deliver a monologue in one go, which, to me, was one of the most challenging sequences I have shot for so far," Pankaj said, adding: "It was a magical experience and I had a great time shooting for that particular shot. I remember Anurag Kashyap asking me to deliver it once again since nobody knew it would take as long as it did. So, for technical purposes, we did it all over again," he added. Sacred Games 2 Promo Video: Nawazuddin Siddiqui and Surveen Chawla Are Set To Tell Us What Happened Before ‘Jojo’ Was Killed

The second season of Sacred Games will open on August 15. It stars Saif Ali Khan and Nawazuddin Siddiqui, with Pankaj Tripathi, Kalki Koechlin, Luke Kenny, Ranvir Shorey, and Shobita Dhulipala among others.