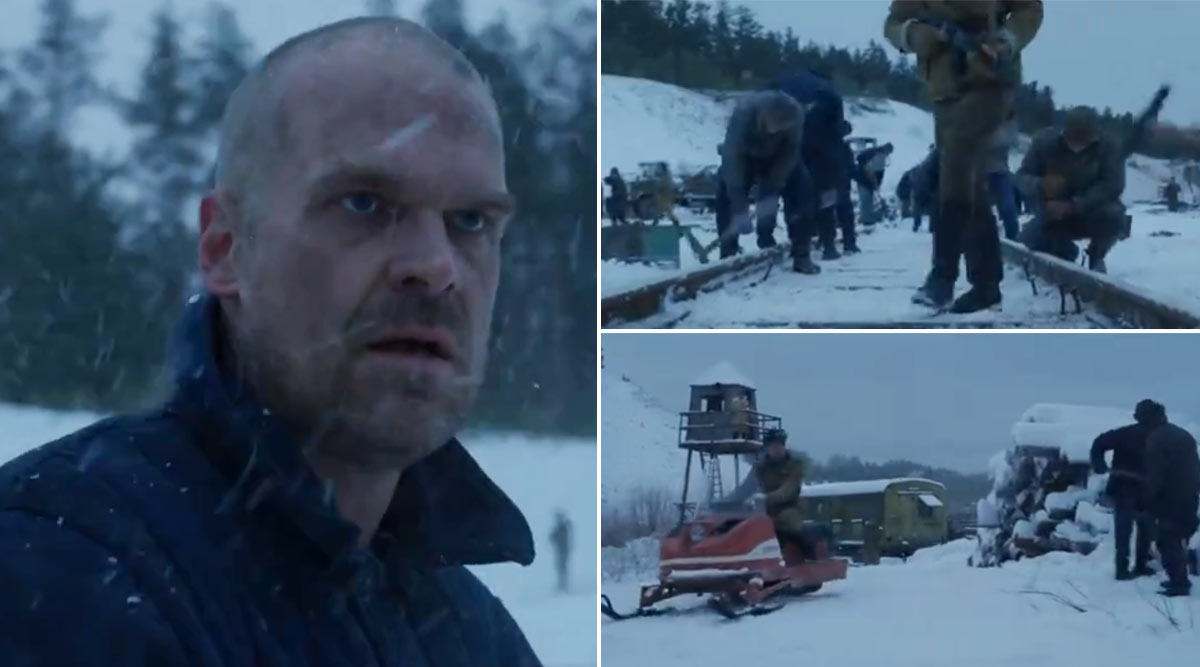 Woah! Just while we thought Valentine's Day sucks and we'd continue sulking the whole time, the makers of Stranger Things came to our rescue like a knight in shining armour. The newly released teaser of its upcoming sequel solves a big mystery though we saw it coming. This 50 seconds long teaser is set in Russia where the prisoners are asked to construct a railway track in freezing temperature. And we bet you can guess the name who makes a surprising entry towards the end. Yes, that's our favourite, Jim Hopper. People's Choice Awards 2019 Complete Winners' List - Robert Downey Jr, Avengers: Endgame and Stranger Things Bag Top Honours.

For the ones who follow the series and are an avid watcher would know the importance of Hopper and him making an appearance. *Spoiler Alert* for those who haven't seen yet. The last season ended on a rather sad note when Hopper sacrifices himself to save everyone else in Hawkins. While we personally believed the character was alive and this was just a way to play with our feelings, the makers confirmed our theory by including him in season 4's first teaser. He's a prisoner with the Russian government and to be honest, that's enough for us. The fact that he's alive means more than anything to us at the moment. Stranger Things 3 Breaks Netflix Records, Becomes Most-Viewed Show in First Four Days of Release.

Check Out the Teaser Here

From Russia with love… pic.twitter.com/ZWEMgy63Et

Season 4 will see Eleven and Joyce move out of Hawkins. Will Eleven and Mike's new relationship survive this long-distance and how will the team help Hopper plan his escape is what the new season will be all about. Though no official release date of the new season is out yet, we can expect it to hit Netflix somewhere in 2021.